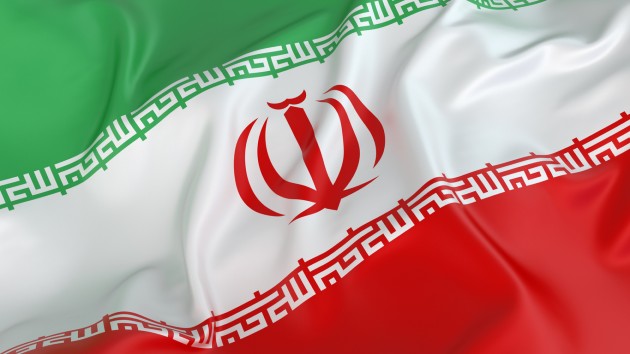 CGinspiration/iStock(LONDON) — Iran’s Supreme Leader Ayatollah Ali Khamenei said his country “slapped” the United States “on the face last night,” referring to the missile strikes against U.S. military forces in Iraq in retaliation for the killing of Iran’s most powerful commander. “But military action is not enough,” Khamenei said in a national address Wednesday, adding that the “corrupt presence of the U.S. in the region should come to an end.” Iran fired more than a dozen ballistic missiles into neighboring Iraq late Tuesday night, targeting Iraqi military bases housing American troops and coalition forces, according to Pentagon spokesman Jonathan Hoffman. “These bases have been on high alert due to indications that the Iranian regime planned to attack our forces and interests in the region,” Hoffman said in a statement, noting that “we are working on initial battle damage assessments.” “As we evaluate the situation and our response,” he added, “we will take all necessary measures to protect and defend U.S. personnel, partners and allies in the region.” A U.S. defense official told ABC News that 10 of the missiles struck the Ain al-Asad air base in western Iraq’s Anbar province and one hit a base in Erbil in Iraq’s semiautonomous Kurdish region. Four other missiles “failed in flight,” the official said. A source within the Kurdistan Regional Government told ABC News that three missiles were fired at Erbil International Airport and the nearby U.S.military base. Two of the rockets were shot down by anti-missile batteries while the third fell behind the airport but didn’t explode, the source said.The Islamic Revolutionary Guard Corps, a branch of the Iranian Armed Forces, swiftly claimed responsibility for the strikes as throngs of people took to the streets of Tehran to celebrate. “We warn the Great Satan, the arrogant American regime, that any new invasions and aggression will result in more painful and pounding responses,” the Islamic Revolutionary Guard Corps said in a statement.Later, Iranian Foreign Minister Mohammad Javad Zarif wrote on Twitter that his country took “proportionate measures in self-defense Article 51 of” the Charter of the United Nations. “We do not seek escalation or war, but will defend ourselves against any aggression,” Zarif said.A U.S. official and a senior Trump administration official told ABC News that early indications are there were no American casualties from the strikes.U.S. President Donald Trump took to Twitter late Tuesday night to assure Americans that “all is well.” “So far, so good!” he tweeted. “We have the most powerful and well equipped military anywhere in the world, by far!”The attacks occurred just hours after Iran’s foreign minister told ABC News that the United States “will pay” for the death of Maj. Gen. Qassem Soleimani, longtime leader of the elite Quds Force in Iran’s Islamic Revolutionary Guard Corps. Officials with the U.S. Department of Defense have confirmed that Trump ordered the airstrike that killed Soleimani near Baghdad International Airport on Jan. 2.Over the past 20 years, Soleimani had led the Quds Force in operations throughout the region, backing Syrian President Bashar al-Assad and supporting Shiite militia groups in Iraq, including against U.S. troops during the Iraq War. The U.S. Department of State said Soleimani’s forces are responsible for the deaths of hundreds of American troops because of the kind of explosive devices they helped bring to Iraq. The United States designated Soleimani a terrorist in 2011 under then-President Barack Obama. The Trump administration has argued that Soleimani’s death was critical to foiling “imminent attacks” that the Iranian commander was helping to plot against U.S. personnel in the region. The administration has provided no evidence of those plans. Hundreds of thousands of people have taken to the streets of Tehran and other cities across Iran in recent days to mourn Soleimani and show support for the Iranian government. The massive crowds have voiced anger at the U.S. airstrike and have hailed the slain general as a national hero. Copyright © 2020, ABC Audio. All rights reserved.