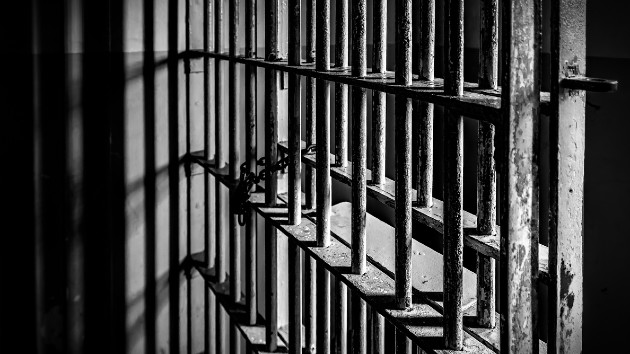 DanHenson1/iStock(NEW YORK) — A streak of inmate killings and the escape of two violent felons from a maximum security facility put Mississippi’s penitentiaries on lockdown — and under a microscope that’s revealing how a state with one of the nation’s highest incarceration rates is struggling to manage its prisoners. Since Sunday, four inmates have been killed during what officials described as “major disturbances” at three Mississippi prisons, including the state’s oldest and most notorious lockup, Parchman, where a fire also erupted on a cell block, officials said. A fifth inmate was killed at Parchman prison in recent days, but officials said the death is unrelated to the near-riots at the facility.Inmates also have been killed since Sunday at prisons in Leakesville and in Houston, state authorities said. The chaos has so overwhelmed corrections officials that they decided to move some of the more than 19,000 inmates at Parchman to a once-notorious maximum security section, Unit 32, which was closed a decade ago after the American Civil Liberties Union filed a lawsuit challenging the inhumane conditions. “In Parchman, there ain’t nothing up there but some suffering,” June Thornton, whose son was among the inmates moved to Unit 32, told ABC affiliate WABG-TV in Greenwood, Mississippi. Prisoners now housed on Unit 32 have used contraband cellphones to post online photos of conditions that include no running water and six inmates being assigned to a one-person cell, with some prisoners forced to sleep on the concrete floor. The conditions at Parchman gained notoriety in the 1999 film Life, starring Eddie Murphy and Martin Lawrence. According to The Sentencing Project, a Washington-based research and advocacy center working to reduce imprisonment in the United States, Mississippi boasts the third-highest incarceration rate behind Louisiana and Oklahoma.Amid the bloodshed at Parchman, two inmates recently escaped, prompting a massive manhunt. Both were recaptured, and investigators said they may have received outside help in escaping. Dillion Williams, 27, who’s serving a 40-year sentence for residential burglary and aggravated assault, was caught around 2 p.m. local time on Monday in a wooded area near Rossville, Tennessee, about 100 miles from the facility in Parchman, officials said. Williams and David May, 42, were discovered to be missing from Parchman when officers took an emergency headcount at 1:45 a.m. on Saturday, officials said. May, who’s serving a life sentence for two aggravated assaults, was caught on Sunday morning near where Williams was captured, officials said. “We are thankful for the coordinated efforts to capture these two violent offenders without incident,” Pelicia E. Hall, commissioner of the Mississippi Department of Corrections, said in a statement.The two escapes from the prison, about 120 miles north of Jackson, came during a tumultuous period for the prison system and prompted a temporary lockdown of inmates across the state, resulting in increased scrutiny at the historically cash-strapped penitentiaries. The lockdown, which began Jan. 2, was lifted at 11 facilities on Tuesday.Thornton demanded that officials investigate the conditions at Parchman immediately to get a better understanding of why the facility has become such a powder keg.”Instead of just standing outside and listening to what is going on in Parchman, somebody needs to turn around and walk through there, visit some of these units and listen to some of the inmates,” Thornton said. “And if you turn around and visit some of these units and see what’s actually going on and the conditions that they live in … maybe things won’t happen the way it is.”In April, the Mississippi Center for Investigative Reporting and ProPublica reported on a rash of prisoners being beaten and burned by fellow inmates, particularly at the South Mississippi Correctional Institution in Leakesville, where one prisoner was killed in recent days. At that prison, inmates outnumber guards 23 to 1, according to the report. Mississippi Gov. Phil Bryant, who is scheduled to leave office on Jan. 14, blamed inmates and prison gangs for the deadly violence that occurred at the state’s prisons in the past week.”Someone asked earlier, Who’s responsible for what’s happening at Parchman? The inmates,” Bryant said at a news conference on Monday. “The inmates are the ones that take each other’s lives. The inmates are the ones that fashion weapons out of metal. … So, I would say look to the inmates.” However, Bryant conceded that the state legislature has failed to fully fund his proposed investments in the prison system over the last four years, which include hiring more corrections officers and paying them more.”At $25,000 a year working at Parchman, it’s not always easy to find people who want to dedicate themselves to a career in corrections,” Bryant said. “We need to work on that. We need to fix that.” Hall, the corrections commissioner, who announced her resignation this week to take a job in the private sector, warned state lawmakers almost a year ago about problems in the prison system due to lack of funding. “I’m almost at capacity in my facilities. That’s not a good place for us to be in the state of Mississippi,” Hall testified at a Jan. 16, 2019, House appropriations subcommittee hearing.The budget for the Department of Corrections has declined by $185 million since 2014, according to Clarion-Ledger of Jackson. At the same subcommittee hearing where Hall testified, Lt. Manisa Ragsdale of the Corrections Department said conditions for corrections officers had gotten increasingly dangerous. “One of the main concerns that I see happening every day is low staffing,” Ragsdale said at the time. “If we were to have a major incident to happen, there is no one there to respond to the incidents. If I’m in a major crisis, who is going to come and see about me?”Copyright © 2020, ABC Audio. All rights reserved.