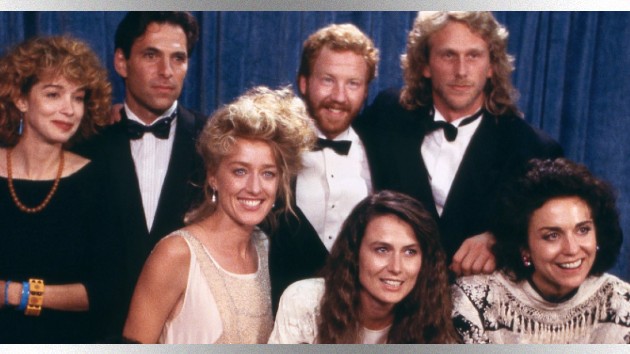 Craig Sjodin/Walt Disney Television via Getty Images(HOLLYWOOD) — Back in the late ’80s and early ’90s, ABC’s thirtysomething — a culturally-defining series about a close-knit group of yuppie friends — was insanely popular, scoring 13 Emmy Awards during its original run.  Now, ABC is hoping to bring the series back…in sequel form.

thirtysomething(else), which has received a pilot order from the network, will follow the grown-up children of the original show’s main characters, who are all now in their thirties. Most of the original cast — Ken Olin, Mel Harris, Timothy Busfield and Patricia Wettig — are back as well.

Peter Horton, who played Gary Shepherd, isn’t involved, presumably because his character — spoiler alert — died, but he did have a daughter named Emma, so it’s possible that she’ll be a character on the sequel.  Polly Draper, who played Ellyn, isn’t listed either; when the show ended, she and her husband didn’t have children.

The network describes the sequel this way: “Apparently, raising children (even grown children) never ends, but who could have known how hard it would be for them to raise their parents?”

The sequel is being helmed by the original series’ creators, Marshall Herskovitz and Edward Zwick, with Zwick set to direct.