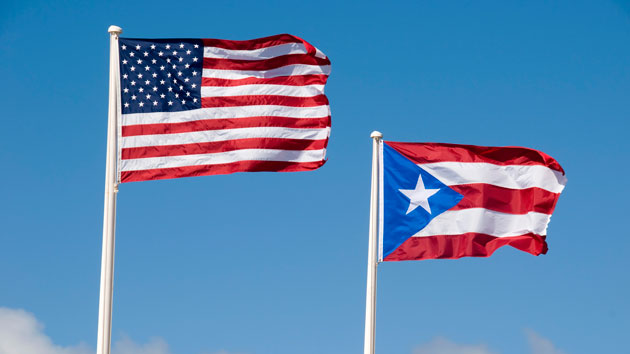 iStock(SAN JUAN, Puerto Rico) — After back-to-back earthquakes in Puerto Rico this week almost one million residents are without power and over 2,200 are living in shelters.Since Monday, the U.S. commonwealth experienced two earthquakes that measured magnitudes of 6.4 and 5.8, respectively, that killed one and injured eight others.”Many aftershocks” occurred and 23.6% of the citizens are without water as of Wednesday, said Carlos Acevado, director of the Puerto Rico Emergency Management Agency.”Generators are being moved once water plants get back online to those that don’t to try and power water plants,” Acevado said.Acevado said that 950,000 customers are without power, 2,267 people are in shelters within 15 towns and over 300 residents have major damage to their property.”This morning we had many aftershocks,” said Acevado.Dr. Lucy Jones, a seismologist with CalTech, says that while earthquakes happen every day — all around the world — if you never felt one in your entire life, feeling an aftershock is a “psychological phenomenon.”Southern California measured about 30,000 aftershocks in 2019 following a recorded earthquake.”We record magnitude 1.5s and twos every day … sevens happen once a month that may happen underwater and no one feels it,” said Jones, who retired from the United States’ Geological Survey.Jones told ABC News that over the next few days, the aftershocks will occur, but the magnitude will lessen and “die off quickly.””The shaking affects people, not the magnitude… It can make people scared,” she said, adding, “but predicting an aftershock is like predicting rain in Hawaii.”Governor Wanda Vazquez on Tuesday urged the over 3.6 million citizens to “remain calm” as help from FEMA, the U.S. National Guard and financial funds of $130 million were released to assist with their state of emergency.Despite sequential quakes, their magnitudes were not strong enough to issue a tsunami warning.An earthquake that measures an eight or more can cause a “significant tsunami” and a warning would sound if it hits a seven, said Jones.Vazquez said they are still awaiting funds to fix more than half of their destroyed tsunami warning gauges, but Jones said they’re not necessary.”In Chile, everyone is taught in school, if your ground shakes and you’re near the shore, run. If the earthquake lasts a long time, get away from the water, there’s not time for a gauge,” said Jones who classified a magnitude eight lasting a “couple of minutes.” The 6.4 the island experienced on Tuesday lasted for five to 10 seconds. Copyright © 2020, ABC Audio. All rights reserved.