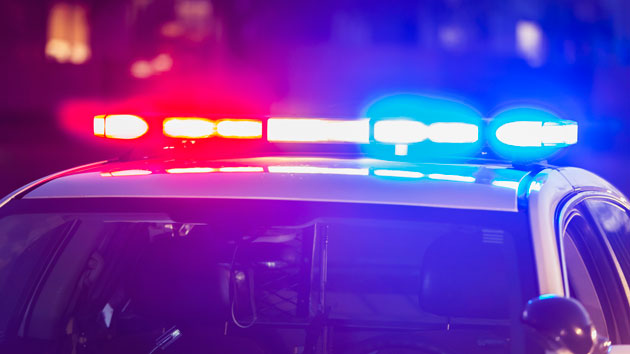 iStock(DALLAS) — Hoping for a major break in the killing of a 1-year-old boy whose home was “targeted” by a suspect who fired a gun into his bedroom window, the Dallas Police Department released security video on Wednesday of a vehicle now sought by investigators.Authorities asked the public for help in identifying the occupants of a dark-colored Dodge sedan seen in security footage driving near Rory Norman’s home around the time the toddler was shot to death early Sunday morning, authorities said.”The driver or occupants of this vehicle may have information that could aid in this investigation,” police said in a statement.The shooting unfolded about 3:30 a.m. Sunday when investigators believe the suspect, armed with a rifle, crept up to Rory’s bedroom window and fired multiple shots into the home, killing the child and wounding his 20-year-old uncle, who had been home from college for the holidays.During a news conference on Sunday, Dallas Police Chief Renee Hall said investigators believe the shooting was “deliberate and targeted.”Police suspect that someone familiar with the home’s layout walked up to a bedroom window and opened fire.Hall said the assailant must have known people were asleep inside the house and aimed the rifle to kill.”He shot only into the bedroom. He angled the weapon in a downward position. And, because it was 3:30 in the morning, he knew that the residents of the home would be asleep, and so he knew where to fire,” Hall said.Hall conceded that investigators have very little additional information on the killer and are asking for the public’s help in solving the case.”We can’t do this alone,” she added.Had Rory lived, he would have celebrated his second birthday Jan. 24.Rory’s uncle, whose name was not released, remains in a hospital in stable condition, officials said.The slaying marked the fourth time in the first week of 2020 that a child under the age of 10 was killed by gun violence in the United States, after a year in which more than 150 children younger than of 13 were shot to death across the nation, according to an ABC News’ review of the Gun Violence Archive, a website that tracks all shootings in America.