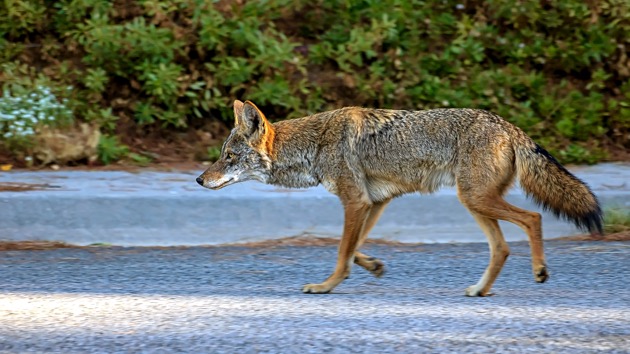 Lux Blue/iStock(CHICAGO) — A 5-year-old Chicago boy was rushed to the hospital on Wednesday after being attacked by a coyote, fire officials said.The young boy was bitten multiple times on the head and face at around 4 p.m. in Chicago’s lakefront Lincoln Park neighborhood, officials said. He escaped the coyote’s grasp by fleeing to a nearby bus for shelter with the adult he was with at the time.He was treated by paramedics on the scene and taken to Lurie Children’s Hospital in stable condition. He suffered “head lacerations” in the attack.The coyote fled after the attack and has not been caught, police said.Officials with the city’s Animal Care and Control told Chicago ABC station WLS that it was “extremely rare” for a coyote to approach or bite a person, but said residents should “take caution if they encounter a coyote and notify Chicago Animal Care and Control by calling 311.”The circumstances of the incident are unclear and the hospital has not released any updates on the child’s condition.Michele Smith, the alderman for Chicago’s 43rd Ward, which includes Lincoln Park, had sent a message to residents on Jan. 6 saying a coyote had attacked a dog in the neighborhood and others had spotted a coyote as well. Copyright © 2020, ABC Audio. All rights reserved.