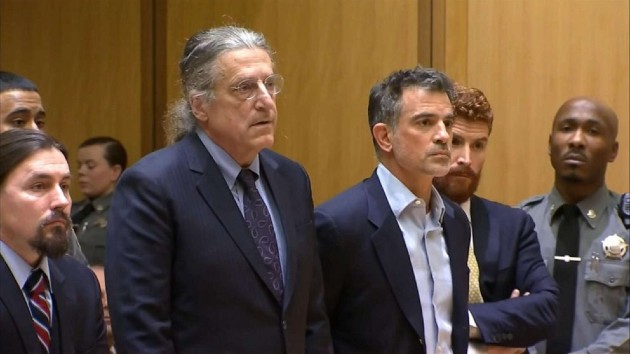 ABC News(NEW YORK) — Fotis Dulos, the Connecticut man accused of killing his estranged wife, was released on bond shortly before 1 p.m. Thursday. He didn’t speak to reporters, instead walking directly to a car. Jennifer Dulos, who shared five children with Fotis Dulos, went missing May 24 amid the former couple’s contentious custody battle.Investigators allege 50-year-old Jennifer Dulos was killed inside her own home and garage in New Canaan.Her body was never found, but Fotis Dulos was charged Tuesday with capital murder, murder and kidnapping, police said.He appeared in court Wednesday, where his bond was set at $6 million.The judge has ordered the father of five to not speak to his children or the nanny. He returns to court on Feb. 28.Fotis Dulos’ girlfriend, Michelle Troconis, and his associate, attorney Kent Mahwinney, were also arrested Tuesday, charged with conspiracy to commit murder, authorities said.”We very much want to try this case. Mr. Dulos wants to clear his name,” his attorney, Norm Pattis, told reporters Wednesday. “There does not appear to be a crime scene weapon … there’s no body. What we have is a suspicious disappearance and an entirely circumstantial case.”Copyright © 2020, ABC Audio. All rights reserved.