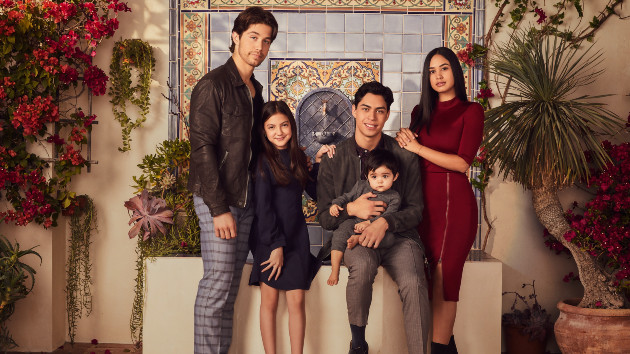 Freeform/Nino Munoz(NEW YORK) — Party of Five is back on our TV screens with a timely new spin.

A reboot of the ‘90s drama debuted on Freeform Wednesday night, following the Acosta family — 24-year-old Emilio, 16-year-old twins Lucia and Beto, 12-year-old Valentina and one-year-old Rafa — as they face the deportation of their Mexican immigrant parents.

“I thought it was so lovely that they were bringing such a timely story onto the screen,” Emily Tosta, who plays Lucia, tells ABC Audio.

“When we first got that script and we saw what it was going to be about and we saw the representation and the inclusion and the topic and this beautiful bi cultural family point of view, it was an honor when we booked it and it was such a blessing to be a part of the project,” she says.

Brandon Larracuente, who plays Emilio, adds, “It’s very relevant to what’s going on in our country now. So kudos to [the creators] to not being afraid to kind of push barriers and create conversation.”

The storyline is already resonating with both new fans and fans of the original series.

“Having the original fans of the original Party of Five reach out is huge because in this age in Hollywood of reboots and stuff, you see a lot of backlash,” says Niko Guardado, who plays Beto. “And so for the original fans to reach out and say that they’ve loved it so far, it means a lot to us as well.”