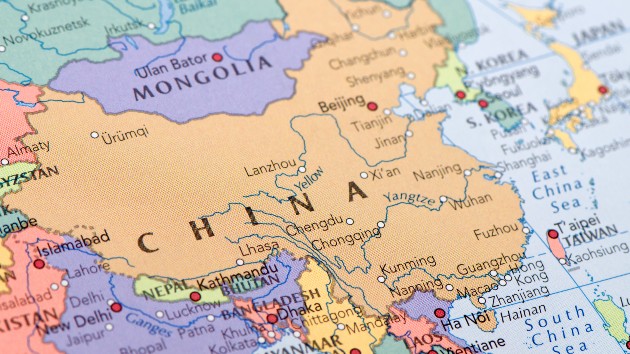 yorkfoto/iStock(NEW YORK) — Chinese authorities think they’ve identified a new coronavirus, a member of the family of viruses that caused SARS and MERS, that could be behind the mysterious pneumonia cases in Central China, the World Health Organization said Thursday. Fifty-nine patients in Wuhan, China, have been sickened by the disease since December, according to the Wuhan Municipal Health Commission. Those cases are marked by fever, difficulty breathing and invasive lesions on the lungs and are revealed through chest X-rays. Seven of the cases are considered to be critical.A number of those infected worked at a large seafood market, which sells live animals and which has since been closed to sanitize the space and investigate the outbreak. Laboratory tests ruled out SARS, MERS, influenza, bird flu, adenovirus and other common respiratory ailments — which produce cold-like symptoms — as possible disease culprits.”Coronaviruses are a large family of viruses with some causing less-severe disease, such as the common cold, and others [are] more severe disease such as MERS and SARS,” Dr. Gauden Galea, WHO’s representative to China, said in a statement. “Some transmit easily from person to person, while others do not.” Although the virus has caused severe illness in some patients, Chinese authorities say there’s no evidence so far that the disease can be passed through human contact. As its name suggests, SARS, or severe acute respiratory syndrome, is on the deadlier end of the coronavirus severity spectrum.A 2003 SARS outbreak sickened more than 8,000 people and killed 774 over six months in southern China. There’s evidence that the disease jumped from animals to humans in that outbreak, either from bats or civic cats, the latter of which is a culinary delicacy in some parts of China. While there have not been any U.S. cases of the disease, nor cases outside of China, the Centers for Disease Control and Prevention issued a notice to health care providers Wednesday. The agency advised providers to ask patients with severe respiratory disease whether they’d traveled to Wuhan City, a major transportation hub 700 miles south of Beijing.Copyright © 2020, ABC Audio. All rights reserved.