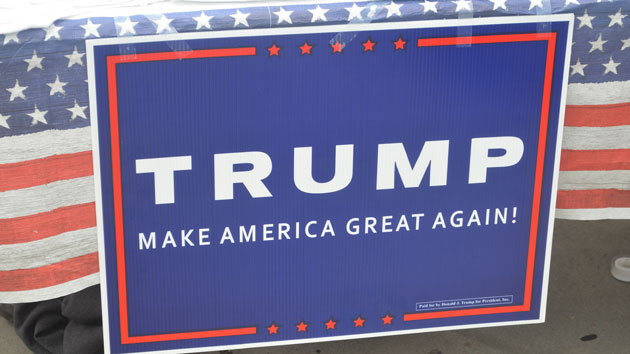 iStock(TOLEDO, Ohio) — President Donald Trump kicked off the 2020 election year at his first campaign rally by touting and defending his order to kill Iranian Gen. Qassem Soleimani and slamming his political opponents who questioned the move.”He was a bloodthirsty terror, and he’s no longer a terror. He’s dead,” Trump told the crowd gathered at the Huntington Center in Toledo, Ohio.”Soleimani was actively planning new attacks, and he was looking very seriously at our embassies, and not just the embassy in Baghdad, but we stopped him, and we stopped him quickly, and we stopped him cold,” he added.He was back on the campaign trail, a day after he addressed the nation and seemed to deescalate the crisis with Iran after the country targeted U.S. troops in Iraq.As Trump was traveling to Toledo, the House approved a War Powers resolution that Democrats said would limit Trump’s ability to take military action against Iran but Republicans claimed was “meaningless” and would undermine his authority as commander in chief.”And yet now I see the radical left Democrats have expressed outrage over the termination of this horrible terrorist,” Trump told the crowd in Toledo.Democrats have argued that no evidence has been presented to prove there was an “imminent” threat, as the administration has said to justify the airstrike.On Wednesday, one of the president’s own allies, Republican Utah Sen. Mike Lee erupted after leaving a classified briefing that members of Congress received by top officials on the decision to order an airstrike.”The briefing lasted only 75 minutes … (it was) probably the worst briefing I’ve seen — at least on a military issue — in the nine years I’ve served in the U.S. Senate,” Lee said. “Drive-by notification or after-the-fact lame briefings like the one we just received aren’t adequate.”Heading to Ohio on Thursday, the president left behind in Washington an impeachment fight that’s — remarkably — taken a back seat in recent days due to the administration’s recent foreign policy actions in Iran and Iraq.”Worst of all, after a sham investigation, those do-nothing Democrats in congress actually voted to impeach our president,” Vice President Mike Pence said to the crowd ahead of Trump’s appearance. “They rushed their partisan impeachment through the House. Remember they said it was urgent, and now Nancy Pelosi has been sitting on those articles of impeachment for almost a month.”Earlier on Thursday, the House speaker said impeachment articles would be delivered “soon,” but did not provide a timetable despite some other Democrats calling for the articles to be passed over to the Senate.A short time later, while delivering remarks on national environmental policy act regulations at the White House, Trump blasted House Democrats over impeachment, describing House Intelligence Chairman Rep. Adam Schiff as “corrupt” and saying the “whole thing is a hoax.”The president’s Toledo rally is the start of a January filled with campaign events. Two other rallies have already been announced for Wisconsin and New Jersey. Copyright © 2020, ABC Audio. All rights reserved.