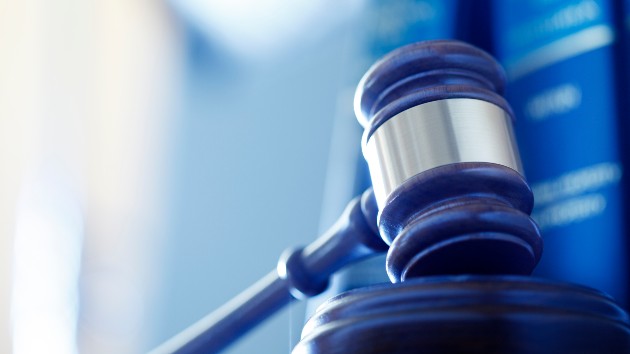 DNY59/iStock(NEW YORK) — A New York trial judge on Thursday denied a motion by Harvey Weinstein’s defense team to recuse himself from the case after vigorously scolding the Hollywood producer earlier this week and threatening to revoke his bail for using a cellphone in the courtroom. In a 15-minute ruling read aloud from the bench, Manhattan Supreme Court Judge James Burke defended his admonishing of Weinstein, contending the producer was “defiant and challenging to court officers” on Tuesday when he was ordered to stop using his phone in court. Burke went on to acknowledge that “I was just trying to scare him” into ceasing use of the phone. Burke noted that he has repeatedly warned Weinstein to not use his phone in court, but his exasperated warning on Tuesday — in which he asked Weinstein “Is this really the way that you want to end up in jail for the rest of your life, by texting and violating a court order?” — prompted Weinstein’s attorneys to seek his recusal, for the scolding and for a number of other rulings adverse to the defense. The motion seeking Burke’s recusal cited “comments [that] were so inflammatory, biased and prejudicial that they have virtually gone viral.”On Thursday, the judge defended his behavior. “Let me first just state the obvious,” said Burke, after denying the motion. “There’s nothing prejudicial or inflammatory for scolding the defendant. If using strong or even hyperbolic language succeeds after stern admonitions have failed, then the court has accomplished its goal.”Burke said Weinstein brought the censure on himself.”Your client was noncompliant and defiant and challenging to court officers when asked to put away one of his phones,” he said, referring to Tuesday’s dust up. “Ironically, I was concerned that there might be a perception that Mr. Weinstein was getting better treatment and more chances than other defendants, but I didn’t worry about that too much, because the reality is — judges seems to always give at least three strikes, and then one final transgression.””And your client is certainly at that place,” Burke added.Weinstein is facing five felony counts for allegedly raping one woman in 2013 and forcibly performing a sex act on another. Jury selection continued on Thursday following Burke’s ruling and is expected to continue into Friday. “I certainly never actually meant that I was going to put your client in jail for life,” Burke added. “We are obviously [going to] great length to obtain for Mr. Weinstein a fair and impartial jury, which is to say in plain language: All I meant to do was scare him enough for him to discontinue the use of his phones.”Copyright © 2020, ABC Audio. All rights reserved.