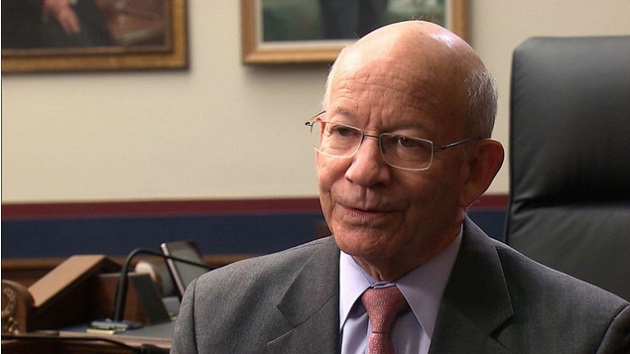 ABC News(NEW YORK) — House Transportation and Infrastructure Committee chairman Rep. Peter DeFazio, D-Ore., is confident Boeing “deliberately concealed information” for a number of years leading to two fatal crashes, the lawmaker told ABC News, after reading through internal communications released Thursday.The company has been under the microscope since the Max was first grounded in March 2019, following two crashes that killed a total of 346 people.In October, Boeing was accused of withholding information from the Federal Aviation Administration after internal messages surfaced in which the chief technical pilot for the 737 Max told another pilot that the MCAS system, later linked to the two fatal crashes, was “running rampant” in a simulator session. At the time, DeFazio would not go as far as saying Boeing deliberately concealed information in an interview with ABC News’ Senior Transportation Correspondent David Kerley.When asked if he felt what he calls “deliberate concealment” could lead to criminal charges for the company, DeFazio said the Justice Department (DOJ) is investigating.”I assume they have had these emails,” he said, responding to reporters at a briefing on Friday. “If not, I assume they will be as angry as we are, and there’s some very damning stuff in there.”DeFazio said he hopes DOJ will “vigorously pursuing whatever appropriate criminal charges may be brought,” but added, “in terms of a civil case, Boeing might as well just give away the bank now.”Washington Rep. Rick Larsen, chairman of the House subcommittee on aviation, said they could have “potentially saved the lives of 346 people” if Boeing had been more “forthcoming early on” with the emails and messaging.The documents released Thursday contain conversations between Boeing technical pilots and personnel involved with the development of the Max simulators. They appear to show employees’ efforts to mock regulators.Boeing called the internal communications “unacceptable” in a statement Thursday night and admitted the documents raised questions about Boeing’s interactions with the FAA “in connection with the simulator qualification process.”The FAA characterized the “tone” and “content” of some of the messages as disappointing, but the agency determined that they did not point to any new safety risks.DeFazio has repeatedly raised the alarm about the safety culture inside Boeing — specifically production pressures that might indicate the company put profit over safety.The emails show “they were under tremendous pressure from the beginning to be certain that this plane would not require pilots to have a high level of simulator training to save money and make it more marketable,” DeFazio said, adding “That came from high up in the Boeing corporation.”Boeing is trying to mend relationships with regulators and airlines after missing its projected return-to-service date for the 737 Max, forcing a shutdown of the Max production line. In response, Boeing fired its CEO, Dennis Muilenburg, two weeks ago in order to “restore confidence in the company.”When DeFazio recently met with David Calhoun, the new Boeing CEO, he told him the company needs to do something to “relieve the pressure from Wall Street” on the organization, “that ultimately drove all of this.”Currently under the Organization Designation Authorization (ODA) program mandated by Congress, some of the aircraft certification process was delegated to manufacturers like Boeing. Critics of the ODA program say that delegation created a conflict of interest. However, others that defend the program say there has been sufficient FAA oversight from start to finish during the process.”The system is broken,” Defazio said.DeFazio said he aims to implement legislation to strengthen government oversight over jetliner certification.”It’s not a matter of if the committee is going to act to change how airplanes and components are certified, but it’s how we’re going to do that,” Larsen said.Committee staff plan to meet with Boeing lawyers and FAA Administrator Stephen Dickson to further discuss the Jan. 9 communications.