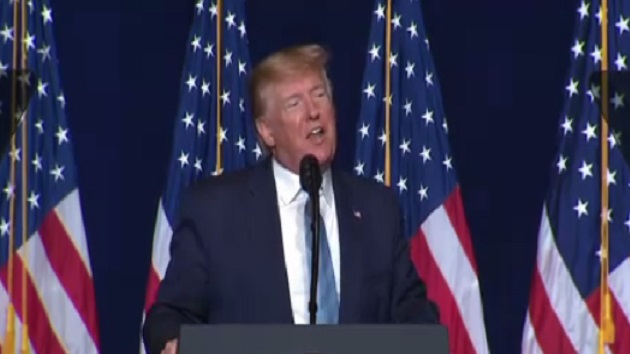 ABC News(WASHINGTON) — A new anti-Trump Republican group, the Lincoln Project, is out with their first ad targeting President Donald Trump as the group looks to chip away at his support among evangelical voters.The video titled “the MAGA church,” which comes on the heels of the Trump campaign investing big in evangelical outreach, features a string of unflattering clips of the president along with the message: “If this is the best American Christians can do, then God help us all.”The ad is a first test of the type of firepower the Lincoln Project can produce as the group of anti-Trump Republicans, which includes prominent conservative figures like George Conway and Rick Wilson, kicks off their effort to try and help sink the president’s re-election prospects.“We see a sizable segment of the Republican base experiencing ‘Trump Fatigue,’ they’ve had it and that’s a huge red flag for him,” Mike Madrid, a veteran Republican political consultant and vocal Trump now on the Lincoln Project’s advisory board told ABC News.Madrid argued that the group’s impact on the 2020 election could be massive even if the percent of Republicans impacted by their efforts may seem small. “A marginal decline in Republican support, as little as 3-5% will create a tectonic electoral shift away from Republicans,” Madrid said. “That’s not just possible – it’s probable.”But if the Lincoln Project is to pick off Republican support away from the president, they will have their work cut out for him, as Trump remains overwhelmingly popular within the GOP.Seventy-four percent of Republicans said they approved of Trump’s performance as president, according to an ABC News/Washington Post poll from November. Copyright © 2020, ABC Audio. All rights reserved.