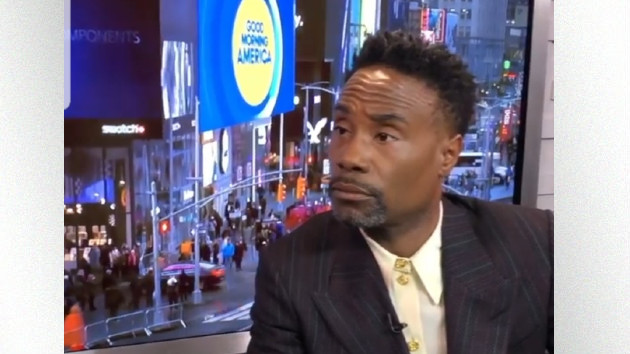 ABC News/Steve Iervolino(NEW YORK) — Billy Porter does a great job of flexing his acting chops in the new comedy Like A Boss.

In the new film, starring Tiffany Haddish, Rose Byrne, and Salma Hayek, Porter plays Barrett, a smart, but sassy employee who works closely with Haddish and Byrne’s characters of Mia and Mel at their cosmetics shop. Porter tells ABC Audio that working with the three women was like being around family.

“It was everything that you would want it to be and more,” Porter says. “These ladies are salt of the earth. The kind of energy that exists on a set comes from the top down.”

“Tiffany and Rose and Salma they’re so maternal,” he continues. “Tiffany would have Sunday night potluck dinners at her house every Sunday. It’s like that’s how you fellowship. That’s how you bond. And that’s how you can sort of create the energy that we were able to create onscreen, being friends.”

While the energy on set was great, Porter admits there were still some real challenges. The Pose star says his hardest day was actually his first.

Thankfully, Porter says, he’s “been in the business for a really long time” and knew how to “deliver” under pressure.