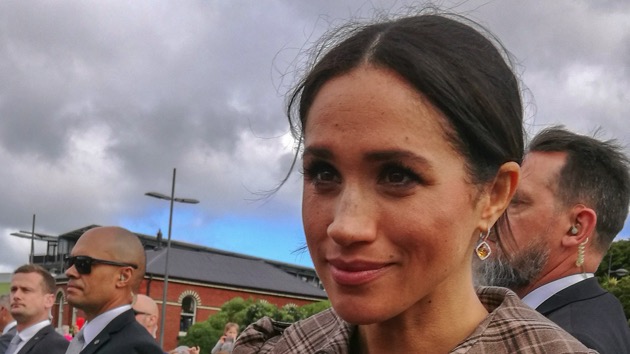 NataliaCatalina/iStock(LONDON) — Meghan, the Duchess of Sussex, is back in Canada after the bombshell announcement that she and Prince Harry will “step back” from their royal duties and split their time between the United Kingdom and North America.Meghan flew from the U.K. to Canada to reunite with her 8-month-old son Archie, who remained in Canada after the family’s holiday vacation on Vancouver Island.It is not known how long Meghan and Archie plan to stay in Canada.Harry, 35, and Meghan, 38, traveled back to the U.K. after their break without Archie and released their statement Wednesday.In addition to stepping back from their roles as senior members of Britain’s royal family and splitting their time between the U.K. and North America, Harry and Meghan also launched a new website and revealed they plan to “work to become financially independent” and launch a new “charitable entity.”Almost immediately after, Buckingham Palace released a statement indicating that Queen Elizabeth had been surprised by the announcement; Kensington Palace, which represents Harry’s brother, William, and sister-in-law, Kate, has not commented.”They knew the Sussexes wanted to do things differently, but discussions were at a very early stage and that’s created a huge sense of disappointment among other royals,” ABC News Royals Contributor Victoria Murphy said Thursday on Good Morning America. “Harry and Meghan have essentially put their wish list into the public domain before anything has been sorted out.”ABC News also confirmed that the Queen, the Prince of Wales and the Duke of Cambridge directed their teams Thursday to work together with the governments and the Sussex household to find workable solutions — a process that a royal source said is expected to take days.Harry and Meghan’s last public appearance was on Tuesday, when they paid a visit to Canada House in London to show their appreciation for the time they spent in the country last month. The vacation in Canada marked the first time since Harry and Meghan got engaged in 2017 that they did not spend the holidays with the royal family at Sandringham, Queen Elizabeth’s estate in Norfolk, England.Prince Harry is scheduled to appear at a royal engagement next week in London. He will host the Rugby League World Cup 2021 draws for the men’s, women’s and wheelchair tournaments at Buckingham Palace on Jan. 16. Copyright © 2020, ABC Audio. All rights reserved.