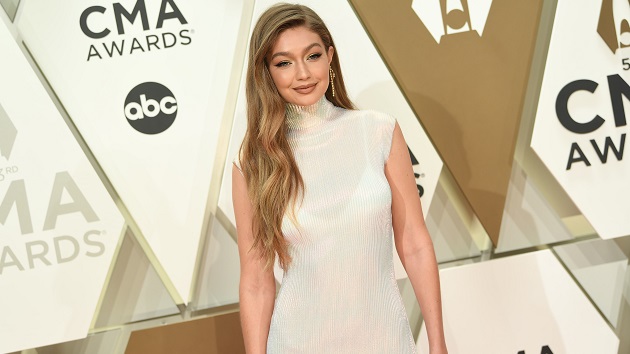 Image Group LA/ABC via Getty Images(LOS ANGELES) — The day after Gigi Hadid sent a supportive tweet to Hailey Bieber, who took a stand against those bullying her husband Justin Bieber for announcing that he has Lyme disease, the model purged it from her Twitter after getting bullied herself.

On Wednesday, Hailey Bieber tweeted a sincere thank you to the Hadid family, specifically Yolanda Hadid, Bella Hadid, and Gigi “for bringing me so much clarity and information on Lyme disease.”

Yolanda Hadid went public with her respective battle with Lyme disease during her run on the Real Housewives of Beverly Hills.  Bella and brother Anwar Hadid also suffer from the illness.

After Hailey Bieber sent the family her sincere appreciation, the 24-year-old Hadid wrote back, “Our pleasure. Wishing the fastest possible recovery.”

Unfortunately, the model faced immediate backlash from fans of Selena Gomez and Taylor Swift, both of whom she is close with.

Fans ripped into Hadid for exchanging pleasantries with the Biebers, who share a rocky relationship with both Gomez and Swift.  In addition, Justin Bieber is managed by Scooter Braun, who is currently publicly feuding with Swift over her master recordings.

When one fan accused the model of being “the worlds biggest people pleaser” who “befriends people who have publicly hated/mocked/bull!ed” her friends, Hadid clapped back with a firm, “Giving advice to a friend whose husband is suffering does not show a lack of loyalty to anyone.”

Both tweets have since been deleted, but not before fans screengrabbed the vulgar exchange.  In addition, the fan who tweeted at Hadid has since made her account private.