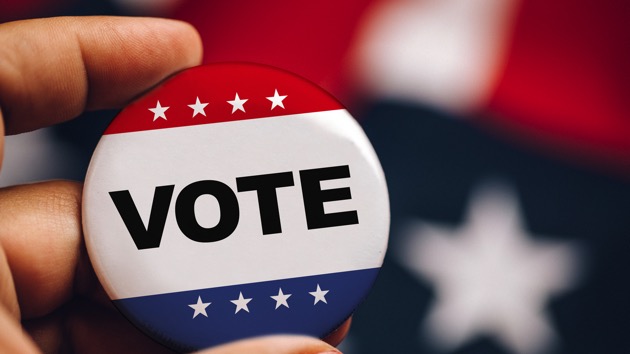 Marilyn Nieves/iStock(DES MOINES, Iowa) — Iowa’s Republican Gov. Kim Reynolds says her office is working to process the backlog of hundreds of applications from felons hoping to restore their right to vote before the caucus on Feb. 3.Her office has 347 applications from felons to process in just under a month.”They will be completed prior to the February caucuses,” Reynolds told ABC affiliate WOI-DT. “They’ve made their commitment to get those done. Individuals who are interested in participating in the February caucuses need to get that application in as soon as possible.”Iowa is now the only state to permanently bar felons from voting unless they appeal to the governor’s office.In early December of last year, new Democratic Kentucky Gov. Andy Beshear signed an executive order to restore the right to vote to more than 100,000 non-violent felons automatically, leaving Iowa as the state with the strictest laws on the matter. A few weeks later, NJ Democratic Gov. Phil Murphy signed two bills which would create a “clean slate” that would restore voting rights to 80,000 residents on probation or parole.Restoring voting rights for former felons has become a Democratic focus since the 2018 midterms. In Florida, voters widely approved adding a constitutional amendment to restore the voting rights of felons except those who had committed a murder or felony sexual offense.Reynolds has been an advocate for rolling back the law in Iowa, She proposed a constitutional amendment during the 2019 session on the matter, but Republican lawmakers opposed it and it failed in the Senate. Passing an amendment will be a priority for her office in the 2020 session, she told reporters on Tuesday.The backlog of applications in Iowa are from many felons who have completed their sentence and are up-to-date on any payments can have rights restored on the individual level — a requirement under the state’s law. The state has gone back-and-forth in recent history under different administrations on whether or not it will automatically restore the rights for felons who have met this criteria.Currently, an application to the governor’s office is required.Iowa Democratic Party officials told ABC News on Wednesday that they hope to see some of those new voters on their rolls when it comes times for Iowans to caucus.”We’re hoping that she gets that done and that it gets added to our voter rolls,” party officials said. “We’re working through that.” Copyright © 2020, ABC Audio. All rights reserved.