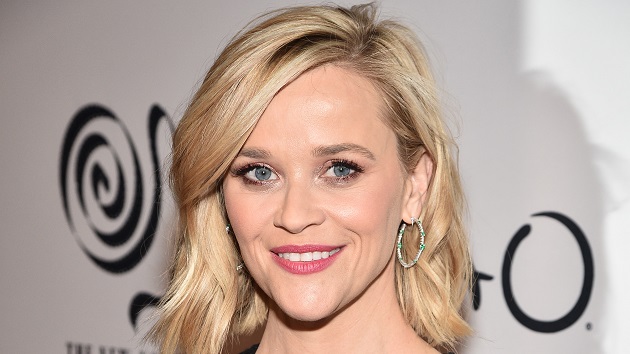 Theo Wargo/WireImage/Getty Images(LOS ANGELES) — Reese Witherspooon had the perfect excuse to drink champagne in the morning, and that’s because it was a special gift from Beyoncé and JAY-Z.

In a hilarious series of Instagram Stories on Thursday, Witherspoon excitedly giggles as she faces a large and attractive black box with a striking gold bow, “I just got home from New York and the most beautiful flowers are here…AND a CASE of Ace of Spades champagne!”

Before diving into the top shelf bubbly, The Morning Show star practically vibrates with energy as she unfolds the card and reads, “More water, from J and B.”

More water is in reference to what happened between the three at the Golden Globes last Sunday.  When their table needed more water, the 43-year-old actress asked Bey and Jay to hook her up with their champagne.

The couple owns stake in Armand de Brignac Champagne a.k.a. Ace of Spades.

The next video in Witherspoon’s Stories shows her opening the bottle and laughing, “It’s 11:30… we’re drinking champagne,” as her mom, Betty Reese, curiously looks on.

“You think it’s too early to drink?” The matriarch asks, to which Witherspoon shrugs, “Who cares? It’s from JAY-Z and Beyoncé.”

The next video shows the two bracing as they pop the cork, which hysterically shoots out of frame as the champagne bubbles from the bottle.

However, Betty may have clinched any possible endorsement deal with her emphatic, “It’s delicious… WHOA” while grinning down at her glass and wiggling her eyebrows.

When told she should be in a commercial, the elder Reese devilishly winks, “Yes! Grandma gets drunk.”

The two thank the Carters again before clinking their glasses in appreciation.