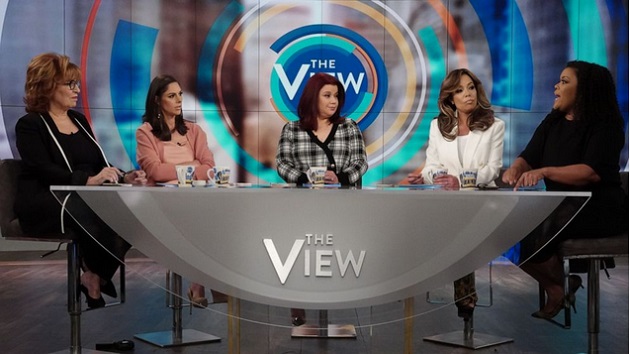 Nicolette Cain/ABC News(NEW YORK) — After Republican Sen. Sylvia Allen of Arizona proposed a bill that would bar teaching sex education in schools prior to seventh grade, “The View” co-hosts discussed what the appropriate age is to have those discussions.Senate Bill 1082 was proposed by Allen, who’s also the Senate Education Committee chair, and would ban Arizona public schools from teaching sexual education courses to students younger than 12, as well as prohibiting the discussion of homosexuality.Allen has scheduled a hearing for the bill in the in the Senate Education Committee on Jan. 14.”The View” co-hosts addressed the controversial topic Friday morning.”A 12-year-old is already what they call a ‘tween,"” Joy Behar said. “They know everything by then, don’t they? And not necessarily the right way.”Guest co-host Yvette Nicole Brown shared her experience of having the conversation with her mother at 7 years old.”[My mother] said, this is how babies are made and respect your body and don’t let anybody touch your private parts,” Brown added. “I learned it at a young age, and then it’s not scary. You’re also not running the risk of finding out from, you know, on TV or a friend.”Sunny Hostin, who has a 13-year-old daughter and 17-year-old son, said that although her own parents didn’t have a conversation with her on sex education, she decided to have one with her children teaching them to abstain from sex before marriage.Later on, Hostin said she was “horrified” when she discovered her children’s schools taught sex-ed in fourth grade. Today, she has a different outlook on the scenario.”Now I do believe that fourth grade is about the appropriate time to start talking to your children,” she said. “My son started asking me questions when he was probably around 8 years old, and I tried to punt it to the doctor in the family and it came right back to me.”Abby Huntsman had a Mormon upbringing, and opened up about getting “the birds and the bees conversation” around the age of 10 while she and her mother got ice cream.”I thought sex was a bad thing,” Huntsman admitted. “I think we need sex-ed because parents don’t always talk, but you also have to have a healthy relationship with it.”Anna Navarro, a regular guest co-host on “The View,” weighed in on an appropriate age to have the conversation in 2020.”I expect the conversation you have with a kid in fourth grade is very different from a conversation that you have with a 13-year-old,” she said. “We have to remember what kids are exposed to at an early age is very different than what some of us grew up with.”