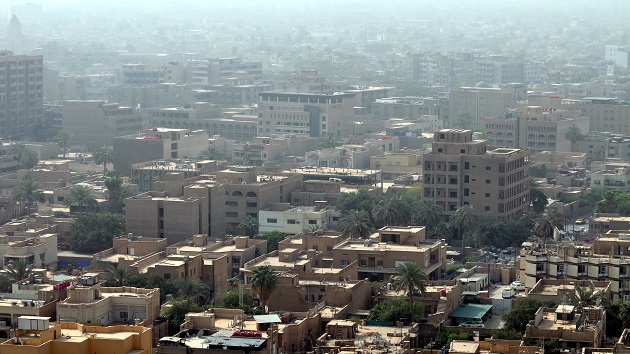 iStock/Phototreat(BAGHDAD) — An unsuccessful strike on another high-ranking Iranian military commander took place in Yemen on the same night that a U.S. drone strike killed Iranian Gen. Qassem Soleimani in Baghdad, two sources told ABC News.The strike targeted Abdul Reza Shahla’i, a key commander of the Islamic Revolutionary Guard Corps (IRGC) Quds Force. The Jan. 2 nighttime strike targeted Shahla’i at his compound in Yemen, where he led Iran’s military support for the Houthi rebel group that is backed by Iran, according to a counter-terrorism official and a U.S. official.By the next morning, the U.S. knew that they had failed to kill him in the strike, the counter-terrorism official said.The unsuccessful strike was first reported by the Washington Post.Recent reports have indicated Shahla’i commanded the surprise missile and drone attack on the Aramco oil facility in Saudi Arabia late last year. He was also a top deputy of Soleimani, responsible for the IRGC’s financing and military operations.Last month, the State Department’s Reward For Justice Program offered a $15 million reward for information leading to Shahla’i and the disruption of the IRGC’s financial mechanisms.The announcement described him as having a “long history of involvement in attacks targeting the U.S. and our allies.”The State Department said Shahla’i funded and directed the 2011 plot that attempted to assassinate the Saudi Ambassador to Washington, D.C., and “planned follow-on attacks inside the Untied States and elsewhere.”The Pentagon did not comment directly on the unsuccessful strike in a statement..”We have seen the report of a January 2 airstrike in Yemen, which is long-understood as a safe space for terrorists and other adversaries to the United States,” Pentagon spokesperson Cndr. Rebecca Rebarich said in a statement on Friday. “The Department of Defense does not discuss alleged operations in the region.” Copyright © 2020, ABC Audio. All rights reserved.