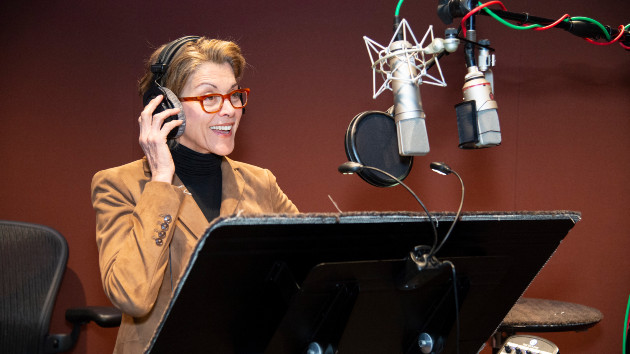 In the show, which debuts tonight, she plays a rogue witch named Eda, who takes a teenage misfit named Luz under her wing. Malick says she sees Eda as her “alter ego.”

“I have a lot of her in me, and I think for any of us who have ever felt like we’re kind of a little bit off and a little bit weird, it’s all about acceptance and diversity and has some great lessons,” she tells ABC Audio.

The series has already been picked up for season two and promises to entertain both kids and their parents.

“I think it’s always great when you can do a show that kids can relate to but that adults really get a kick out of,” Malick says. “It’s sort of one of those things families can watch together.”

“It’s really fun because I am so physical when I act,” she says. “I mean, it’s really hard for me to be contained characters who don’t move much, ’cause I’m usually all over the place. So when I do voiceovers, I’m dancing around in the booth usually in some weird way. But you get to just sort of focus it and you can wear your pajamas.”

The Owl House premieres at 8:45 p.m. ET on Disney Channel and DisneyNOW.

Reimagining of ‘Beauty and the Beast’ coming to ABC December 15