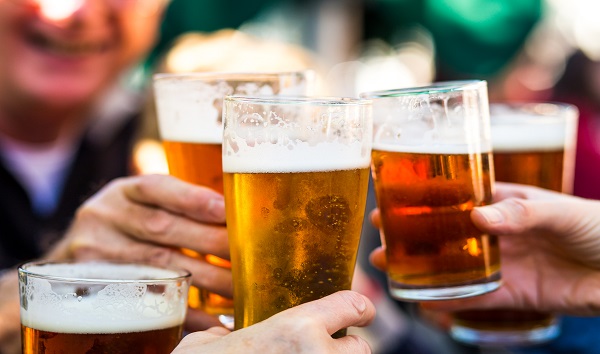 iStock/coldsnowstorm(NEW YORK) — Alcohol-related deaths in the United States have doubled among people at least 16 years old since 1999, according to a new study.Published recently in Alcoholism: Clinical & Experimental Research by researchers from the National Institute on Alcohol Abuse and Alcoholism, the study showed that nearly 1 million alcohol-related deaths were recorded from 1999 to 2017.”Alcohol is a hidden addiction, one that everybody knows about but nobody wants to talk about,” Dr. George Koob, director of the National Institute on Alcohol Abuse and Alcoholism, told ABC News. “What we have to learn as Americans is to moderate our drinking.”Nearly half of those deaths, according to the study, were due to liver disease or overdosing on alcohol, either alone or combined with other drugs. Although more men than woman died from drinking every year, women saw a higher increase, which is especially concerning as there’s growing evidence women are at greater risk of cancer, heart disease and liver failure from drinking similar quantities of alcohol.The study was released in the middle of “Dry January,” a period when many challenge themselves to go the entire month without drinking.”Data has shown that benefits to short-term ‘dry’ periods include weight loss, better sleep, better skin appearance, blood pressure improvements and saving money,” said Dr. Jennifer Ashton, ABC News’ chief medical correspondent.What may seem like a simple wellness challenge is being celebrated by scientists trying to solve a growing addiction problem.”Abstaining from alcohol allows people to re-evaluate where they stand with alcohol in their lives,” said Dr. George Koob, adding that about 5% to 6% of American who drink have an alcohol-use disorder. “They may be slipping into bad habits, and this is a good time to re-evaluate alcohol in their lives.”A person with a problematic drinking pattern may have a health condition called alcohol-use disorder, or AUD. A person is considered to have AUD if they’re able to answer yes to two of more of 11 questions, including:In the past year have you:• Had times when you ended up drinking more, or longer, than you intended?• More than once wanted to cut down or stop drinking, or tried to, but couldn’t?• Spent a lot of time drinking? Or being sick or getting over the aftereffects?• Continued to drink even though it was causing trouble with your family or friends?Even a mild form of the disorder can lead to problems, so treatment is important.”If diagnosed with AUD, the NIAAA has an Alcohol Treatment Navigator on the website that can help patients find treatment centers in their zip code,” Dr. Koob added. “Depending on the situation, many different treatment options can exist, so this resource serves to help people focus their search.”Heavy drinkers considering a “Dry January” should take precautions, Koob added.”In these cases,” Koob said, “you need medical help, because alcohol withdrawal can lead to death due to hypothermia, seizures and other symptoms.”Still, according to Ashton, “Dry January” also presents a good opportunity to be supportive of a friend or loved one.It “de-stigmatizes a problem that potentially could affect many Americans,” she said. “I think that an individual, whether it is a friend, partner, spouse, relative can be incredibly supportive and really inspiring to getting that person to seek medical attention.”With alcohol-related deaths skyrocketing, perhaps “Dry January” may encourage more casual drinkers to drink less year round — something we could all celebrate. Copyright © 2020, ABC Audio. All rights reserved.