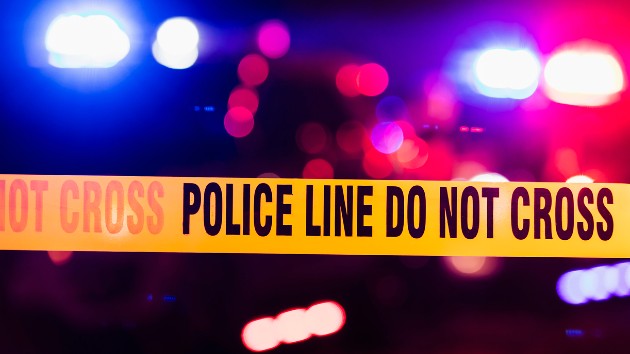 kali9/iStock(WINTER HAVEN, Fla.) — A confrontation between two motorists turned deadly in central Florida over the weekend when one shot the other, authorities said. The incident unfolded Saturday night on a road in the city of Winter Haven, about 50 miles east of Tampa, according to a press release from the Polk County Sheriff’s Office, which is investigating the shooting.The occupants of an SUV told authorities that they were driving behind a pickup truck when the vehicle came to a sudden stop, forcing them to stop suddenly. The driver of the pickup truck got out and approached the SUV, cursing at them for following too closely and saying that he should kill them. He then went back to his vehicle, turned around and began walking back toward the SUV, according to the sheriff’s office. The driver of the SUV told authorities that he feared the other driver was coming to kill him, so he grabbed a gun from the glove compartment, pointed it out his window and fired at the man. A female passenger in the SUV called 911, according to the sheriff’s office.Witnesses told authorities that they heard three gunshots. One witness said he heard a man yell, “I don’t want to kill you!” and a woman yell, “Don’t kill him! Don’t kill him!” The driver of the pickup truck, a Winter Haven resident, was shot in the lower abdomen at around 9:30 p.m. local time. The man was taken to Winter Haven Hospital where he died soon after, according to the sheriff’s office. The two occupants of the SUV remained at the scene for authorities to arrive. Detectives are seeking further evidence to corroborate their statements as the investigation continues, the sheriff’s office said. Copyright © 2020, ABC Audio. All rights reserved.