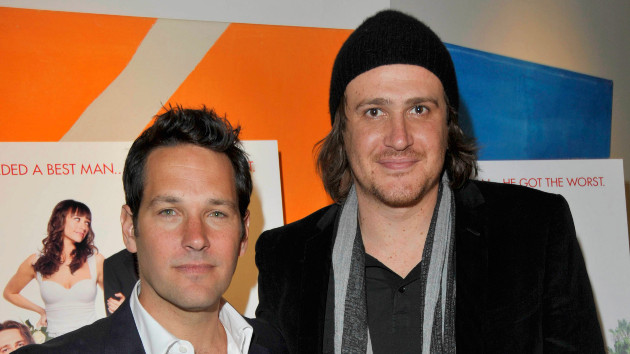 Photo by Jon Furniss/WireImage(LOS ANGELES) — Following Friday’s news that Rush’s Neil Peart had died last Tuesday at age 67, more tributes to the iconic drummer poured in over the weekend.

Actors Paul Rudd and Jason Segal, who played Rush super fans in the 2009 film I Love You, Man, both commented on Peart’s death in a statement to Rolling Stone.

“When I first met Neil, I was intimidated as I certainly knew him to be a serious and private person,” Rudd says. “Within two minutes, we were cracking up and quoting lines from Team America. I’m missing him as I write this. Being the greatest drummer on the planet was only a part of Neil. He was a thunderbolt of a human being, and he’ll live forever.”

“I’m so sad to hear about Neil Peart’s passing,” Segel adds. “Getting to know Neil even the tiniest bit, and gush with Rudd about our love for Rush, will be something I remember forever. He was an amazing talent and a good man. We will miss you Neil.”

Peart and his Rush band mates Geddy Lee and Alex Lifeson — referred to as “The Holy Trinity” in the comedy — all made a cameo in the film, when the movie’s leads geek out at a concert.