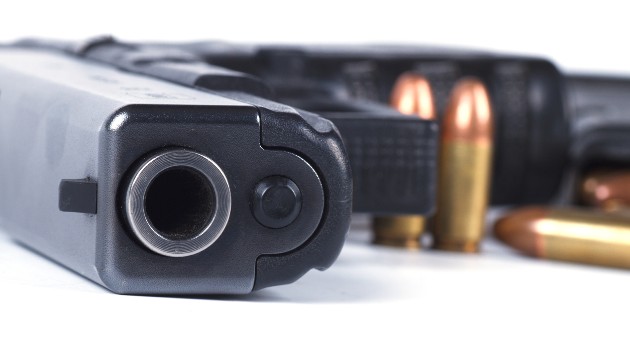 suratoho/iStock(RALEIGH, N.C.) — A North Carolina man is on the run after repeatedly pistol-whipping his girlfriend when she refused to go along with his plan to break into and burglarize a house. Alexander Wayne Gillett, 26, of Greensboro, North Carolina, allegedly wanted to break into and burglarize a home after he saw the owner post images of valuable items on the premises on Facebook on Friday morning, according to ABC News’ Raleigh station WTVD-TV. Gillett then requested help from his girlfriend, who remains unnamed, but she refused to partake in the crime.It was after she declined that Gillett allegedly got angry and hit her with a gun several times leaving her with injuries to her face, head and arm. He also allegedly submerged her phone in water rendering it unusable. Gillett fled on foot after the beating and his girlfriend went to a nearby home to request help from the police who arrived shortly after. Gillett was last seen on Saturday in Guilford County but the deputy who spotted him was unable to apprehend the suspect.The suspect was wearing a black beanie, a gray hooded jacket, gray pants and camouflage boots. Gillett is 6-feet tall and has short dark hair in the back and a longer fringe in the front. Officials say that Gillett is “armed and dangerous” and that anybody with information on his whereabouts should contact the Orange County Sheriff’s Department. Copyright © 2020, ABC Audio. All rights reserved.