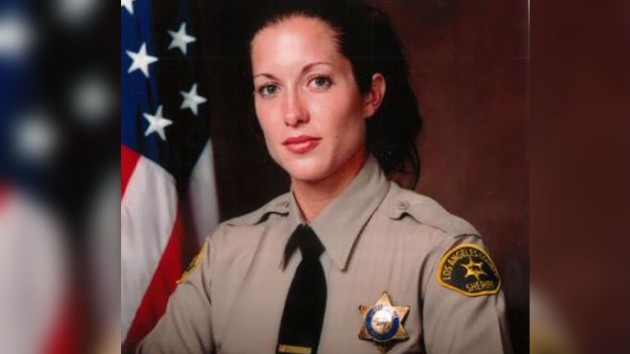 Los Angeles County Sheriff’s Department(VALLEY VILLAGE, Calif.) — An off-duty sheriff’s detective was struck and killed by a car while she was in the middle of helping an elderly woman cross the street who had fallen in the middle of the road. Amber Joy Leist, a 41-year-old mother of two sons aged 17 and 20 and a 12-year veteran of the Los Angeles County Sheriff’s Department, had stopped her car in Valley Village, California, on Sunday at around 11 a.m. when she saw an elderly woman fall while she was crossing the street. Leist parked her car near the intersection of Riverside Drive and Whitsett Avenue to help the fallen woman but was struck by an oncoming vehicle when she attempted to return to her car. Leist was immediately taken to a nearby hospital but was pronounced dead shortly thereafter.”Today the LA County Sheriff’s Department is grieving,” said Los Angeles County Sheriff Alex Villanueva in a statement on Twitter. “We are shocked and stunned by the sudden loss of a family member … She was an outstanding detective who lead by example.”Leist had a colorful and varied 12-year career including working as a north county corrections officer, a deputy in Lancaster as well as a school resource officer. Leist had spent the last five years with the West Hollywood station where she had been promoted to detective. Police are investigating the circumstances around the accident but the driver involved in Leist’s death stopped at the scene and was cooperating with investigators. Copyright © 2020, ABC Audio. All rights reserved.

Peacock’s ‘Saved by the Bell’ revival gets sophomore season
The significance of the Bible Joe Biden is using on Inauguration Day
What happens inside the White House on Inauguration Day
‘Bachelorette’ couple Dale Moss confirms he and Clare Crawley have ended engagement
‘Bachelor’ alums Arie Luyendyk Jr. and Lauren Burnham reveal sex of their twins
‘Pharmacy of the World will deliver’: India begins COVID-19 vaccine exports