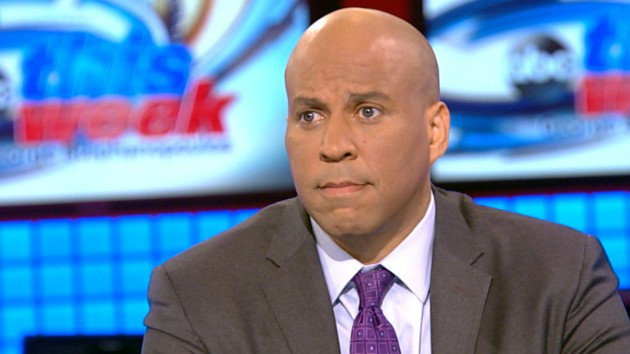 ABC News(NEW YORK) — Sen. Cory Booker suspended his presidential campaign Monday, the final act of a bid for the Democratic nomination defined by a persistent struggle to catch fire with voters and donors despite his relatively high profile and long-standing presidential ambitions.The news of the senator’s decision came weeks before the Iowa caucuses, where, despite a large field organization Booker, D-N.J., was expected to finish outside of the top tier of candidates, based on recent polling. His announcement also comes on the eve of the seventh Democratic debate which he did not qualify to participate in due to a lack of qualifying polls towards Democratic National Committee polling thresholds, according to ABC News’ analysis.”It’s with a full heart that I share this news — I’ve made the decision to suspend my campaign for president,” Booker wrote supporters in an email, echoing the sentiment in a video. “It was a difficult decision to make, but I got in this race to win, and I’ve always said I wouldn’t continue if there was no longer a path to victory.”He went on, “Our campaign has reached the point where we need more money to scale up and continue building a campaign that can win — money we don’t have, and money that is harder to raise because I won’t be on the next debate stage and because the urgent business of impeachment will rightly be keeping me in Washington. So I’ve chosen to suspend my campaign now, take care of my wonderful staff, and give you time to consider the other strong choices in the field.Booker, 50, who has served in the U.S. Senate since 2013 following two terms as mayor of Newark, New Jersey’s most-populated city, centered his presidential campaign around an optimistic message of unity and love, aiming to counter the division and “hate” he maimed had come to characterize politics under the presidency of Donald Trump.

“I think a lot of folks are beginning to feel that the forces that are tearing us apart in this country are stronger than the forces that tie us together. I don’t believe that,” Booker said on “The View” in February 2019, during his first television interview after announcing his presidential run. “So, I’m running to restore our sense of common purpose, to focus on the common pain that we have all over this country.”While the senator’s extensive resume — including degrees from Stanford and Yale and a Rhodes scholarship — media savvy and bipartisan achievements, including on criminal justice reform, led observers to believe he would be a formidable presidential candidate, Booker quickly found himself mired in the low single-digits in national polls of the crowded field shortly after launching his campaign.Those anemic numbers would ultimately lead to the senator’s exclusion from debates in both December and January, due to Democratic Party rules requiring candidates achieve numbers above specific thresholds in order to participate. Following Sen. Kamala Harris’, D-Calif., decision to drop out of the race in December, Booker became increasingly outspoken about the lack of diversity in the presidential debates and decried the circumstances that allowed the field’s billionaires Michael Bloomberg and Tom Steyer to build name-recognition by purchasing television advertisements using their personal fortunes.Though he previously turned in debate performances throughout the summer of 2019 that were almost universally well-reviewed, they weren’t enough to bolster the Booker’s position in the field nor boost his fundraising numbers — which he openly acknowledged last fall when his campaign embarked on a transparent push to remain in the race.The 10-day, $1.7 million late-September sprint was ultimately successful in keeping the senator in the race, and he’d go on to eventually increase his fundraising numbers in 2019’s final months, but Booker’s totals continued to pale in comparison to those of candidates in the race’s top tier, in some cases by as much as $20 million per quarter.Despite his exit from the race, Booker’s center-left platform, strong stump presence and relative youth are likely keep him in the campaign conversation as a potential running-mate for the eventual Democratic nominee. In 2016, he was vetted by the Hillary Clinton campaign for the role that was ultimately filled by his Senate colleague Tim Kaine, D-Va. The senator will appear on the New Jersey ballots regardless come November as he is up for re-election for a second full-term.“I can’t wait to get back out on the campaign trail and campaign as hard as I can for whoever is the eventual nominee and for candidates up and down the ballot,” Booker said in the video.Booker’s team said he will run for re-election in the Senate. Copyright © 2020, ABC Audio. All rights reserved.