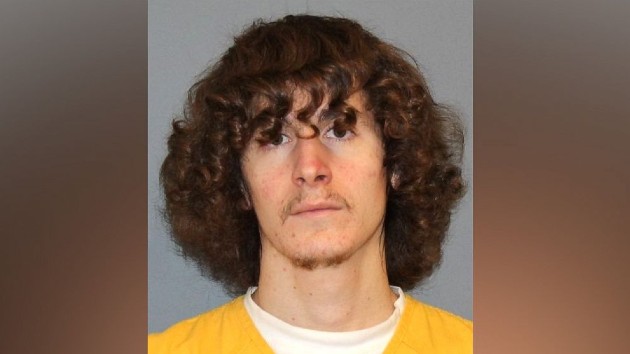 Grand Junction Police Department (GRAND JUNCTION, Colo.) — An Uber passenger was arrested after pulling a gun on a driver in an attempt to kidnap her, police said. The suspect, 23-year-old Adam Salaz, was picked up in Carlsbad, New Mexico, Sunday on charges related to the incident that occurred in Grand Junction, Colorado. The Uber driver had picked up a male passenger on Friday, Jan. 10, police said. As she was driving, the passenger pulled a gun on her, demanding she drive him to the desert, according to a statement posted on the Grand Junction Police Department’s website.The driver jumped from the vehicle while it was still in motion and escaped. The suspect drove off in the vehicle — a white 2019 Toyota C-HR. The victim suffered minor injuries, according to the police’s statement. The vehicle has yet to be recovered.Through an investigation, police identified the suspect as Salaz. He is currently being held in the Eddy County Detention Center in Carlsbad, New Mexico.Salaz’s current charges in New Mexico include resisting, evading or obstructing an officer (arrest) and concealing identity. He will be extradited to Colorado at an unknown date, according to Grand Junction police. This is the latest in a troubling number of crimes and assaults involving Uber drivers and passengers. Concerns have been raised over the ride-sharing service’s safety after an 84-page report released last December revealed there were nearly 6,000 reports of sexual assault from both riders and drivers across the United States in 2017 and 2018. Overall, riders accounted for 45% of the accused parties. The report noted that some assaults occurred between riders. Copyright © 2020, ABC Audio. All rights reserved.