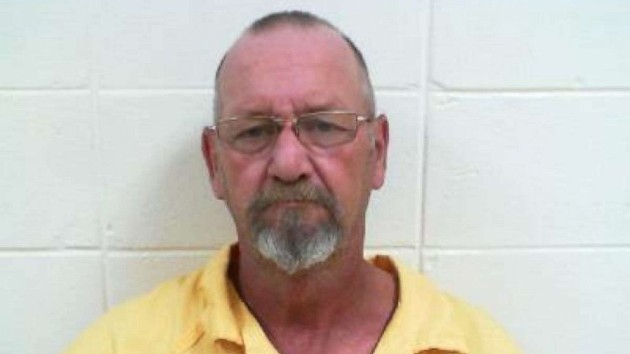 Dale County Sheriff’s Office(OZARK, Ala.) — Authorities dropped charges against an Alabama man who was accused of killing his wife 30 years ago, saying another man has confessed to the murder. Police in Ozark, Alabama, arrested Jeff Beasley, 54, in the 1990 death of Tracy Harris, who was found dead in the Choctawhatchee River with signs of strangulation, authorities announced Monday.Investigators said Beasley, who they described as a former friend of the couple, admitted to the killing on Sunday, a day before the victim’s husband, Carl Harris Jr., was scheduled to stand trial for her murder. The Dale County District Attorney’s decision to drop charges against Harris was announced on his 55th birthday. “As district attorney, it is my job to not only seek justice, but to be fair to everyone involved,” Dale County District Attorney Kirke Adams said at a press conference Monday. “This has been an incredible series of events and, undoubtedly, led from above.” The case was at a standstill until 2016, when police reopened the investigation and charged Carl Harris with murder, citing circumstantial evidence and witness testimony.Adams credited the county’s assistant district attorney, Jordon Davis, with cracking the case on Monday. “I want to thank my assistant, Jordan Davis,” Adams said. “While preparing for Harris’ murder trial, she noticed very important information regarding a witness in this case that was last spoken to in 1990. The witness’ statement was very important to this case.” He did not offer details about Beasley’s confession, but said his office interviewed Beasley’s ex-wife, who shared new information that led detectives to Beasley. Investigators have not revealed a motive.Ozark Police Department Chief Marlos Walker said Beasley revealed information that only the woman’s killer would know. “The new evidence was information that had never been shared before,” Walker said Monday. “The suspect gave details about the crime that only the killer would know.”Walker said his department had worked tirelessly to ensure that justice was served, but Carl Harris’ attorney, David Harrison, disputed those claims. “No one did anything until I filed a motion Friday in my client’s case implicating someone other than my client,” Harrison told local news outlet Dothan Eagle on Monday. “I do thank the district attorney’s office for looking into the witness and dropping the charges against my client. But no one has apologized to my client for what he has gone through since his arrest.” Beasley, the man who police said admitted to the murder, was being held on $150,000 bond as of Monday evening. It’s unclear if he has retained an attorney. Copyright © 2020, ABC Audio. All rights reserved.