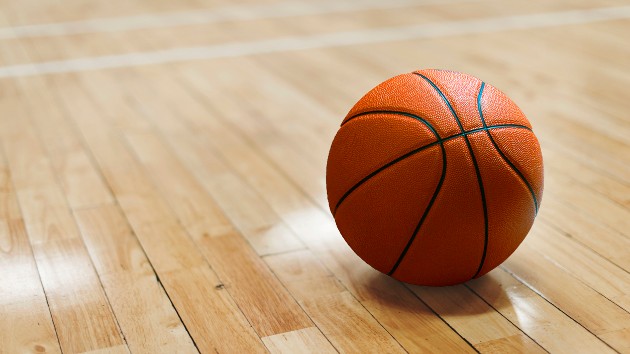 BZA/iStock(DALLAS) — As police announced the arrest of a teenager in a shooting at a high school basketball game in Dallas that injured two people, educators on Monday expressed outrage over a surge in gun violence in the city and said they will immediately take unprecedented action to boost security at school sporting events. Dallas Independent School District Superintendent Michael Hinojosa said the violence that erupted at the basketball game signaled a long-held “truce” has been broken in the city that school sporting events and other extracurricular activities were off-limits as venues for settling feuds. “That truce is now over because it spilled over to our campus which makes this even more difficult,” Hinojosa said at a news conference.Moving forward, security protocols for high school sporting events in the city will be “significantly” tightened, he said. Beginning on Tuesday, no bags, purses or backpacks will be allowed in any sports arena and spectators will have to either pass through metal detectors or be checked with metal-detecting wands before attending any game. The incident mirrors a national trend of shootings at school sporting events. A investigation published in December by ABC News found that of the more than two dozen school shootings in the United States in 2019, 57.6% occurred at the end of or during sporting events, specifically basketball and football games. “Yes, we want kids to be involved and so we’re going to have to make some adjustments because of this crisis,” said Hinojosa, referring to a surge in gun violence in Dallas that has left seven victims dead in the first two weeks of 2020, including a 1-year-old boy killed when someone fired a rifle into his bedroom window. The shooting unfolded around 9 p.m. Saturday inside the Ellis Davis Field House in southwest Dallas when a physical altercation near the concession stands led to the shooting, police said. An 18-year-old man, who Hinojosa described as a former student in the district, was shot in the chest and remains in a hospital in critical condition. A Dallas Independent School District police officer, who was on duty, was grazed by a bullet as she ran toward the gunfire, police said. Hinojosa said the police officer is expected to make a full recovery, but he asked for “prayers” for the wounded student to survive. The shooting, which happened with 1 minute and 31 seconds left in the game, was caught on video by bystanders and by ABC affiliate station WFAA-TV in Dallas, which had a crew covering the game between the two elite high school basketball teams.At least four shots rang out, prompting players, coaches, parents, cheerleaders and more than 600 spectators to either dive for cover or bolt for the exits, according to the video footage. A 15-year-old boy suspected of being the shooter surrendered to police on Sunday evening after witnesses identified him and two other teens when police released images of them captured by security cameras. The suspect, whose name was not released, was charged with two counts of aggravated assault.”His mother brought him in,” Dallas Assistant Chief of Police Avery Moore said of the suspect.Police officials said the two other youths wanted for questioning as “persons of interest” were not charged. Hinojosa said the student charged in the shooting is a student in the district.”We are grateful … how quick our Dallas ISD police department responded to minimize the situation that occurred. It could have been much worse,” Hinojosa said. Dallas has been reeling from a surge in deadly violence that included 210 homicides in 2019, 41 more than in 2018 and the most in a decade. On Jan. 5, 1-year-old Rory Norman was shot to death when someone crept up to his bedroom window and opened fire with a rifle in what Dallas Police Chief Renee Hall described as a “targeted” shooting. The child was killed while asleep in his bed and his 20-year-old uncle, who was home from college for the holidays, was wounded, Hall said.