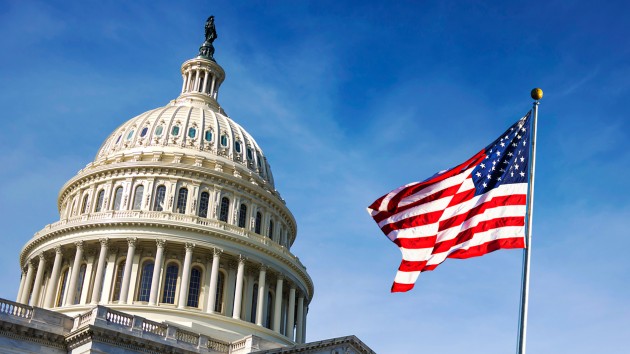 rarrarorro/iStock(WASHINGTON) — House Speaker Nancy Pelosi on Tuesday morning told a meeting of Democrats that the House will take up a resolution appointing impeachment managers on Wednesday, according to Democratic sources in the closed-door meeting. The vote will allow the House to transmit impeachment articles to the Senate to kick of trial proceedings in the coming days.After passing two articles of impeachment through the House of Representatives on Dec. 18, Pelosi has refused to send the articles to the Senate. Instead, she demanded Senate Majority Leader Mitch McConnell publicly announce the rules of an impending trial.”It’s about a fair trial … and we think that would be with witnesses and documentation,” Pelosi, D-Calif., told ABC News Chief Anchor George Stephanopoulos on This Week Sunday. “Now the ball is in their court to either do that, or pay a price for not doing it.”Last Friday, Pelosi finally appeared to budge, announcing in a Dear Colleague letter that she was instructing House Judiciary Chairman Jerry Nadler to “be prepared” to offer a resolution transmitting the articles across the Capitol, while naming impeachment managers to prosecute the lower chamber’s case before the Senate.”I will be consulting with you at our Tuesday House Democratic Caucus meeting on how we proceed further,” Pelosi wrote to her caucus Friday. “In an impeachment trial, every Senator takes an oath to ‘do impartial justice according to the Constitution and laws.’ Every Senator now faces a choice: to be loyal to the President or the Constitution.”Last month, the House passed two articles of impeachment, obstruction of justice and abuse of power — serving as a constitutional indictment of the president.While conviction in the Senate would result in President Donald Trump’s removal from office, most Republicans have remained in the president’s corner — arguing that the lower chamber’s impeachment was a rigged hoax.Removal from office would require 67 senators voting in favor of conviction, constituting a simple majority of the body. That means at least 20 Republicans would need to turn against the president, assuming all Democrats vote to convict.