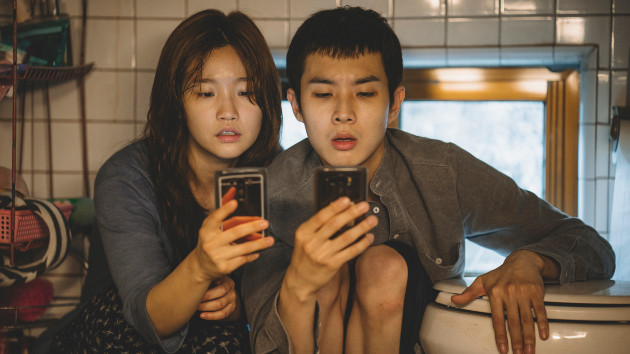 For the record, the most-preordered movie on the streaming service is Avengers: Endgame. Joker, which topped the competition with 11 Academy Award noms, ranks second. Venom takes third place with Parasite in fourth, surpassing pre-orders from another hit, Disney’s Ralph Breaks the Internet.

The film from director Bong Joon-ho also now ranks as the best-selling foreign language film of all time on the streaming service.

In a statement, Fandango Managing Editor Erik Davis says, “Parasite is undeniably one of the year’s most talked-about films. Director Bong Joon Ho and the great ensemble cast create a perfect recipe for a suspenseful story with humor, heart, horror and more.”

Davis adds, “The film’s six Oscar nominations has only increased fan anticipation to watch and re-watch the film as it finally arrives at home.”

After being flamed, Jennifer Lawrence walks back her comments on being the “first” female action movie star

James Gunn on DC heroes’ cinematic fates: “We know we are not going to make every person happy”