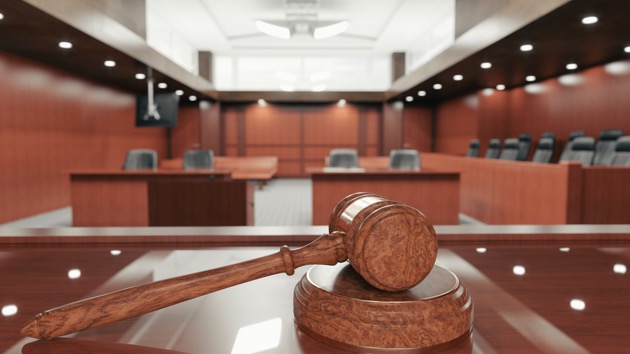 imaginima/iStock(WHITE PLAINS, N.Y.) — The man charged with federal hate crimes for allegedly stabbing six people during a Hanukkah celebration has pleaded not guilty.Grafton Thomas, 37, appeared in federal court in White Plains, N.Y., Monday morning, days after he was indicted on 10 counts that alleged he targeted victims because of their religious beliefs. His defense attorneys have until Jan. 27 to file a competency motion.Last week, Thomas’ attorney Michael Sussman said he has “severe psychiatric issues” and “never received the treatment he needed.”Thomas will appear in court next on March 25.The stabbings occurred on Dec. 28 as a group of Hasidic Jews gathered at the home of Rabbi Chaim Rottenberg in Monsey, New York, to celebrate Hanukkah. Thomas allegedly forced his way inside the home and began slashing the victims with an 18-inch machete.Federal prosecutors accuse Thomas of trying to kill each of the victims due to their “actual and perceived religion,” according to court documents.In Rockland County, Thomas has also been indicted on six counts of second-degree attempted murder, three counts of first-degree assault, three counts of first-degree attempted assault and two counts of first-degree burglary.Investigators recovered journals from Thomas’ home in Greenville that they say contained anti-Semitic sentiments, including references to Hitler and “Nazi Culture,” which were “on the same page as drawings of a Star of David and a Swastika,” according to the federal complaint.On the day of the attack, Thomas’ phone was allegedly used to access an article titled, “New York City Increases Police Presence in Jewish Neighborhoods After Possible Anti-Semitic Attacks. Here’s What To Know.”Police are also trying to determine whether Thomas is somehow connected to an unsolved stabbing of a Hasidic rabbi in Monsey that occurred on Nov. 20, law enforcement sources told ABC News.New York Gov. Andrew Cuomo announced that the government would dedicate up to $340,000 in funding for license plate readers for police to use in Monsey in response to the attack, describing it as a “fantastic piece of technology.””That is actually how we caught the Monsey assailant,” Cuomo told reporters during a press conference Monday. Copyright © 2020, ABC Audio. All rights reserved.