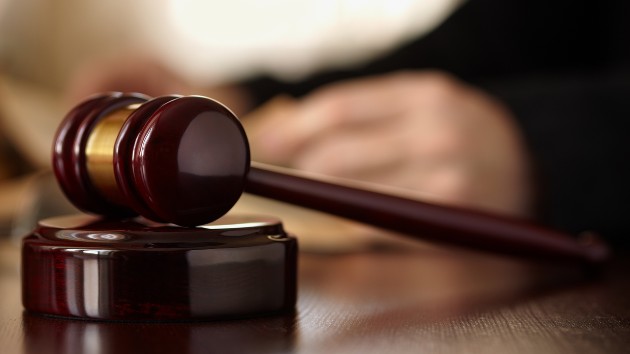 Kuzma/iStock(BOSTON) — A former executive of Insys Therapeutics was sentenced Monday to nearly three years in prison as part of the first federal case meant to hold an opioids manufacturer criminally accountable for the ongoing epidemic in the country. Former Insys Vice President of Managed Markets Michael Gurry, whose sentence was handed down by a federal judge in Boston, received less than the 11 years prosecutors sought for someone they said instructed underlings to lie to insurance companies about patient diagnoses so the insurers would cover the company’s highly addictive under-the-tongue fentanyl spray, Subsys.Gurry, 56, will serve 33 months in prison, three years of supervised release and forfeit $3.6 million. He was convicted of racketeering conspiracy in May 2019. Six other former Insys executives, including founder John Kapoor, face sentencing in the coming days.”From May 2012 to December 2015, Gurry and his co-defendants conspired to bribe practitioners, many of whom operated pain clinics, in order to induce them to prescribe Insys’ fentanyl-based pain medication, Subsys, to patients, often when medically unnecessary,” the government said in a press release announcing Gurry’s sentencing. Kapoor, Gurry and the others were charged with paying millions of dollars in bribes to doctors nationwide so they would over-prescribe Subsys.Prosecutors have asked that Kapoor be put away for 15 years. The defense said he deserved no more than one year since he developed Subsys after watching his wife suffer and die from breast cancer. At least two other drug distribution companies face criminal charges related to the opioids crisis but Insys is the first, and so far only, manufacturer.The company filed for Chapter 11 bankruptcy in June 2019, one week after it agreed to pay $225 million to settle the federal government’s criminal and civil investigations into the company’s illegal marketing scheme of Subsys. Insys was de-listed from the Nasdaq following the bankruptcy filing. About 130 Americans die every day on average from an opioid overdose, according to the Centers for Disease Control and Prevention.Copyright © 2020, ABC Audio. All rights reserved.