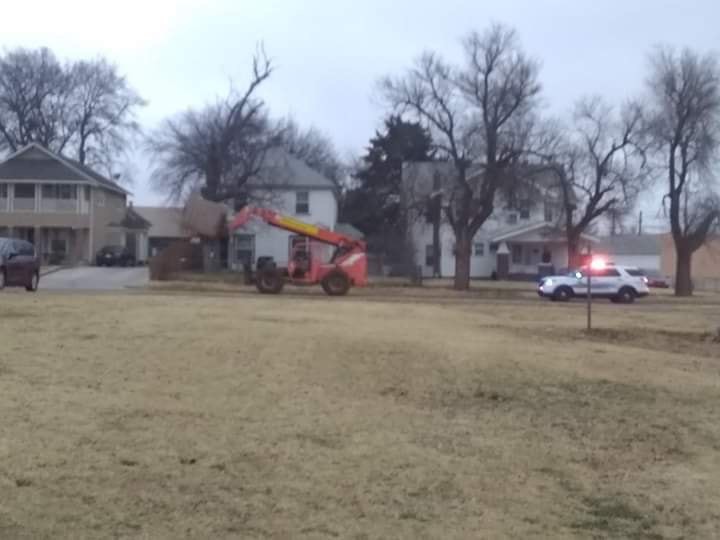 During the investigation it was determined that Anderson gained entry into the hotel and broke 2 exterior windows and 2 boxes of tile, before stealing the fork lift.