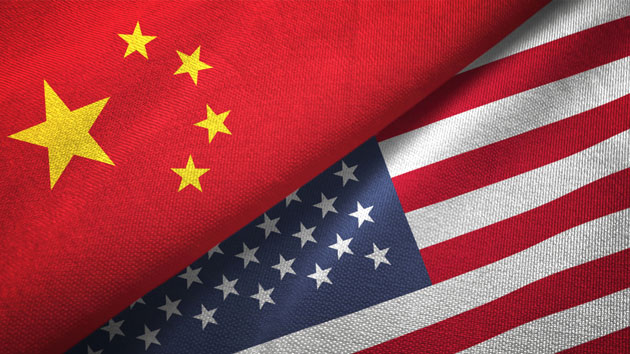 iStock(WASHINGTON) — President Donald Trump is set to celebrate the signing of a partial trade deal with China Wednesday, even as the full details of the agreement remain secret and will leave unresolved many sources of ongoing trade tension between the world’s two largest economies.In the so-called “phase one” agreement — which represents a significant step toward de-escalation in the nearly two-year-long trade battle — the Trump administration says China has agreed to purchase billions in U.S. agricultural products and end its practice of forced technology transfer for foreign companies that do business in China. It is only the first step toward an agreement, as both sides work to sooth financial market issues by postponing planned tariff hikes.This is one of Trump’s top foreign policy priorities and comes as the impeachment process moves forward, with the House poised to vote Wednesday on a resolution to send the articles of impeachment to the Senate and name the impeachment managers for the trial. Following Pelosi’s announcement, Majority Leader Mitch McConnell told reporters on Tuesday that arguments in the trial are “likely to begin” next week.The text of the U.S.-China agreement has yet to be made public, and according to an administration official, will not be released until after Wednesday’s formal signing.”There are significant unknowns until we see the text,” says Jennifer Hillman, a senior fellow with expertise in trade issues at the Council on Foreign Relations.While the administration has said the deal includes reforms to China’s forced technology transfer practices, Hillman cautions that China has promised such reforms in the past but subsequently failed to implement them.”A lot of it is going to depend on whether China is promising to do things they haven’t done before and there’s no way to know that until we’ve seen the text,” Hillman said. “It’s not clear how much of what China is promising is anything beyond what they’ve already promised in the past. We just don’t know.”Trump has trumpeted the agreement as a boon for U.S. farmers, who have been particularly hard hit in the trade war. The president said last month that China has agreed to ramp up U.S. agricultural purchases to $50 billion “pretty soon” and has advised U.S. farmers that they should “get bigger tractors” to meet the anticipated growth in demand.But Hillman says the $50 billion goal for U.S. agricultural sales is ” totally unrealistic” and assumes that American farmers want and can sell that much overseas.The White House has pulled out all the stops to frame this as a victorious moment for Trump, inviting over 200 people to attend the Jan. 15 signing ceremony in the East Room of the White House and hosting a formal luncheon in the State Dining Room in honor of the visiting Chinese delegation.But for all the pomp and ceremony, one big name will be noticeably absent: China’s President Xi Jinping.Trump had been open about his desire to sign the deal alongside his Chinese counterpart, and there were tentative plans for the two to do so at the Asia-Pacific Economic Cooperation (APEC) Summit in Chile in November. But after that summit was called off by the host, the president floated the idea of hosting Xi in Iowa — or another location in the American farming heartland — for a signing.Wednesday’s event will be a more staid affair without Xi’s presence, and denies a deal-making Trump the opportunity for a major photo-op with his Chinese counterpart. The White House has downplayed Xi’s absence, with an administration official saying the signing taking place on U.S. soil is a victory in and of itself, and that a future meeting between the two leaders is still a possibility.Hillman said the asymmetry in having Trump alongside a lower-ranking official of a foreign government, rather than a head of state, is an odd contrast.”In the past, trade agreements were usually signed by trade ministers rather than presidents,” Hillman said. “But when the president does sign a trade agreement, it is almost always with other presidents.”Hillman said Xi’s absence also sends a message that the Chinese view the agreement as limited in scope.”I think it means that this is a more limited agreement that doesn’t address any of the major structural issues with China,” Hillman said. “Clearly what’s not included are any of the structural reforms that are at the heart of why we started this trade war in the first place, which is that China is increasingly less market oriented and increasingly state controlled.”And even as the United States and China are set to celebrate a step toward de-escalation, the trade war is not yet over and a level of uncertainty persists for consumers, farmers and manufacturers alike who have paid the price for the tit-for-tat tariffs between the two nations.A round of U.S. tariffs, scheduled to take effect last month, was halted as a result of the agreement. A 25% tariff remains in place on $250 billion worth of Chinese imports, while the rate on another $120 billion in Chinese imports was slashed in half — from 15% to 7.5%.While much remains to be hashed out, the “phase one” agreement provides Trump with a political chip he can point to as a point of progress, as he stumps for his reelection this year, while relieving pressure for further results in the ongoing dispute until a second term.Still, the president has said that negotiations for a “phase two” deal will begin “immediately.” Copyright © 2020, ABC Audio. All rights reserved