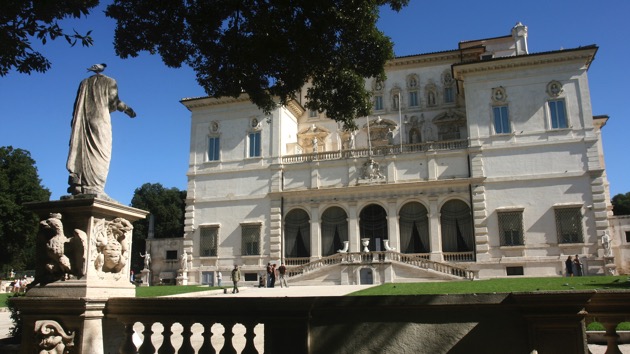 The sculpture, a bronze bust of Barberini Pope Urban VIII, Bernini’s most important patron, was made for Cardinal Antonio Barberini in 1658. The piece is privately owned, the property of Pope Urban’s descendants in Florence, but the director of the museum, Anna Coliva, believes its natural home is within the collection Urban VIII had such a hand in creating.Coliva said she wants to see the bust housed prominently in the collection and has launched a public fundraising project to generate approximately $8 million toward buying the piece. The chance to procure the bronze bust, according to the gallery’s website, is an “unrepeatable” opportunity.Pope Urban VIII, from the powerful Barberini family, was closely connected to Cardinal Scipione Borghese and helped him assemble the vast art collection, including the magnificent and monumental Bernini sculptures, still prominently on display to this day.Bernini, one of the best sculptors of his time, also was a superlative architect who left a distinctive mark on Rome and the Vatican. He sculpted a number of astonishingly life-like portrait busts in bronze and in marble, and the bust of Urban VIII, about 40 inches high and 30 inches wide, is a splendid example of his talent.Coliva told ABC News adding a bust with so many connections to the current collection was essential.”Firstly,” she said, “because it’s a ‘capolavoro’ — a work of art! Then because Bernini, the artist, is famously linked to the gallery, and because Urban VIII, even as a cardinal, was Bernini’s greatest supporter and the one who inspired the four great Bernini sculptures housed at the gallery.””The vivacity of the portrait bust is what makes it so great. It’s alive!” she added. “And the first time I saw it, I was struck by the extraordinarily high quality of the sculpting. It was so real-looking, and the bronze looked so soft it looked like terracotta.”Should the gallery, housed in a lavish 17th-century villa, acquire the bust, Coliva said, it will be displayed alongside a list of donors who contributed to its purchase.The bust cannot be sold outside Italy by law, but a private collector could try to outbid the museum.”We are also counting on donations from large companies, but I do hope that everyone wants to participate in this enriching project,” Coliva told La Repubblica, an Italian newspaper.This is the first time a public museum in Italy has resorted to private donations to fund the purchase of artwork using the recently introduced “Art Bonus,” a tax credit for individuals and companies who donate towards Italy’s public cultural heritage.”They do it at the National Gallery in London and the Louvre in Paris, just to name two museums, and there is always an enthusiastic and proud response,” Coliva continued. “I hope this will be the case here, too, and that everyone wants to feel like a patron of the arts so we can keep this high example of our genius in the nation’s public patrimony.”Copyright © 2020, ABC Audio. All rights reserved.