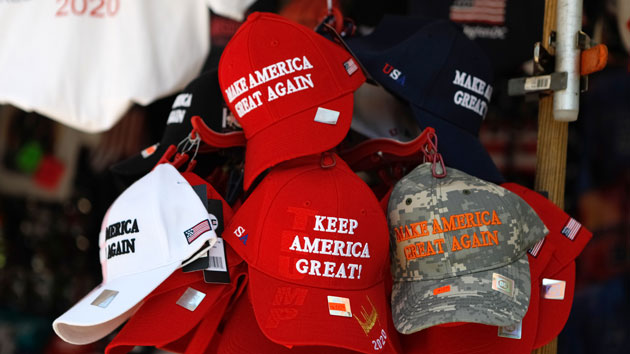 P_Wei/iStock(WASHINGTON) — President Donald Trump is in Wisconsin for a campaign rally while Democrats debate in Iowa and, back in Washington, the U.S. Senate prepares for his upcoming impeachment trial.Trump’s second rally of the election year takes place a state that was crucial to his 2016 win, and will once again play a key role in deciding who wins this years presidential election.Ahead of the rally, Senate Majority Leader Mitch McConnell said on Tuesday that he expects the Senate trial to begin in earnest next Tuesday when the Senate will consider the resolution that will set the guidelines for the trial.When asked why McConnell isn’t pushing to dismiss the trial, which the president has suggested, the Republican leader told ABC News’ senior congressional correspondent Mary Bruce that “there is little or no sentiment in the Republican conference for a motion to dismiss.””Our members feel we have an obligation to listen to the arguments. And we’ve laid out in this resolution an opportunity for everybody to sit there, remember senators can’t say anything, so they’ll have to sit there and listen, to listen carefully to the arguments by both the prosecution and the defense, to follow that up with written questions, submitted through the Chief Justice. And that means listening to the case, not dismissing it,” McConnell said.Tuesday’s rally is also the president’s most overt attempt at counter programming to the Democratic debates yet, with both political events taking place on the same night. Six candidates will appear on the debate stage Tuesday night, including Sens. Bernie Sanders and Elizabeth Warren, who will take the stage for the first time amid a budding clash.This is the last Democratic debate before the Iowa caucuses.Copyright © 2020, ABC Audio. All rights reserved