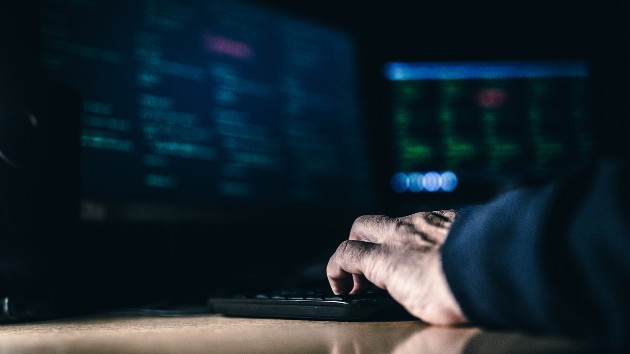 sestovic/iStock(NEW YORK) — Russian government hackers successfully penetrated the internal systems of Burisma, the Ukrainian-based oil and gas firm that once employed former Vice President Joe Biden’s son, a Silicon Valley-based cybersecurity company has found. Area 1, the cybersecurity outfit, issued a report detailing Russian GRU phishing efforts beginning in November 2019 aimed at “targeting the email credentials of employees at Burisma Holdings and its subsidiaries and partners” in an effort to “gain control of [Burisma’s] internal systems.””Our report is not noteworthy because we identify the GRU launching a phishing campaign, nor is the targeting of a Ukranian company particularly novel. It is significant because Burisma Holdings is publically entangled in U.S. foreign and domestic politics,” the report’s authors wrote. It’s unclear what the hackers found or what they obtained, the company said. Hunter Biden, the former vice president’s son, has faced criticism for accepting a position on Burisma’s board of directors. When he joined the firm in 2014, his father was fronting U.S. foreign policy toward Kyiv, and while the Bidens have not been accused of doing anything illegal, the position presented the appearance of a conflict of interest, ethics experts have told ABC News. President Donald Trump’s overtures to Ukraine’s leader in July to investigate the Bidens prompted Congress’ impeachment probe.The Russians’ phishing campaign described by Area 1 mirrors the Kremlin’s efforts to penetrate Democrats leading up to the 2016 presidential election, when Russians successfully penetrated the email account of Hillary Clinton campaign adviser John Podesta through similar means. Russia has denied hacking into U.S. elections. “The Burisma Holdings campaign is yet another example of the phishing playbook being applied to great effect,” the authors wrote. “The timing of the GRU’s campaign in relation to the 2020 U.S. elections raises the spectre that this is an early warning of what we have anticipated since the successful cyberattacks undertaken during the 2016 U.S. elections.”Biden campaign spokesperson Andrew Bates issued a statement to ABC News late Monday about the Russian hacking of Burisma. “This proves that both Donald Trump and Vladimir Putin understand the true stakes of this election,” Bates said. “Joe Biden is running to bring our country together and restore American leadership in the world — repairing the damage Donald Trump has done to our national security and alliances. Donald Trump tried to coerce Ukraine into lying about Joe Biden and a major bipartisan, international anti-corruption victory because he recognized that he can’t beat the Vice President.” “Now we know that Vladimir Putin also sees Joe Biden as a threat,” he continued. “Any American president who had not repeatedly encouraged foreign interventions of this kind would immediately condemn this attack on the sovereignty of our elections.” Special counsel Robert Mueller indicted 12 Russian GRU officials for hacking the Democratic National Committee as part of his investigation into Russian meddling during the 2016 presidential election. In 2018, the Justice Department charged seven Russian GRU officials with conspiracy for allegedly hacking anti-doping agencies of the Olympic Games. On Sunday, This Week host George Stephanopoulos questioned national security adviser Robert O’Brien about the administration’s preparedness for Russian meddling in the 2016 election. “We’ve been very clear on our position with respect to the Russians and that’s to stay out of our elections,” O’Brien said. “We’ve been very clear with the Chinese and we’ve been very clear with the Iranians.”Asked by Stephanopoulos to weigh in on the matter, House Speaker Nancy Pelosi cast a dimmer perspective, pointing a finger at Trump for “jeopardizing the integrity of our elections” by deferring to Russian President Vladimir Putin. “The president of the United States is in complete denial about Russia’s role. As I have said in terms of this president, all roads lead to Putin,” she said. “He said he’s not going to accept the assessment of our own intelligence agencies.”Meanwhile, election security officials in the United States continue sounding alarms about the vulnerability of our election systems.”The thing I’m most worried about are a repeat of some of the types of attacks we say in 2016 against larger election infrastructure,” said Matt Blaze, a Georgetown University Law Center professor, during a hearing before the Committee on House Administration last week. “A determined adversary who wanted to disrupt our elections would have a frighteningly easy task.” Copyright © 2020, ABC Audio. All rights reserved.