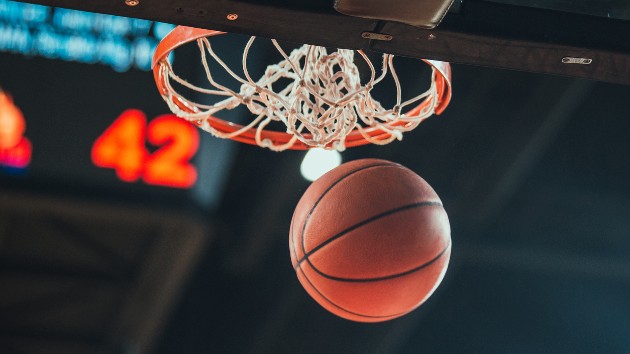 TuelekZa/iStock(NEW YORK) — The WNBA announced a game-changing new collective bargaining agreement Tuesday that will offer more pay and maternity leave for its athletes. Announced by WNBA Commissioner Cathy Engelbert and WNBA Players Association President Nneka Ogwumike, a star forward for the Los Angeles Sparks, the new deal is a potential breakthrough for working moms who are elite athletes. “We’re so proud of the players and their ability to unify around the important issues to them,” Engelbert said Tuesday on ABC News’ Good Morning America. “And while they bargained hard, we came together, we collaborated and we have what we think is a groundbreaking agreement that’s going to support these players for the long-term and the next generation of players.”For the first time in WNBA history, salaries for athletes — from rookies to veterans — will exceed six figures under the landmark deal — a 53% increase from current numbers. The deal will allow the league’s top players to earn cash compensation up to half a million dollars. Other top players will have an opportunity to earn between $200,000 and $300,000. “We wanted to leave a legacy,” Ogwumike said on GMA. “I think we came in understanding that it wasn’t just about the top player. It wasn’t just about the rookies. It was about every player across the board and we were really happy to be able to come together with the WNBA with actually a lot of innovative ideas.”The cash bonus received by players for any performance awards, such as MVP or rookie of the year, will also be increased. But a major element to the deal is the addition of benefits for players who are mothers, and opportunities to help prepare players for their post-playing careers. According to the deal, players will receive a full salary while on maternity leave, as well as family planning benefits to cover costs related to adoption, surrogacy and even fertility/infertility treatment.Athletes with children will also be given housing for their family and workplace accommodations that provide areas to nurse their children. Both Engelbert and Ogwumike said they hope the deal reached for WNBA players sets the tone both for society and for other professional women’s sports. “These are things to redefine what it means to be a professional female athlete in society today,” said Engelbert. “We’re hoping to lift not just women in sports, women in basketball but women in society.” “Interestingly enough, as much as we fight for what we feel we deserve, we know that we deserve, we have women’s soccer, we have women’s hockey that are looking up to what we are looking to do,” added Ogwumike. “We are really hoping that it can set the tone and really create that legacy for women and sports moving forward.” Here are more highlights from the WNBA’s new deal:Travel:

– Full salary while on maternity leave

Free agency:– Players will enter unrestricted free agency one year earlier than under the prior agreement beginning with the free agency period leading up to the 2021 season. Specifically, players who complete the playing services called for in their contract and have five or more years of service will become unrestricted free agents (if they are designated as a “Core” player).- Reduction in the number of times a player can receive the “Core” designation — from four to three beginning with the 2020 season, dropping to two beginning with the 2022 season. Career development:– The WNBA will work with its affiliated leagues, teams and sponsors to provide offseason job opportunities designed to prepare players for their post-playing careers and will advance diversity in coaching initiatives for veteran players interested in coaching careers.- Enhanced mental health benefits and resources- An augmented and holistic domestic/intimate partner violence program that includes education and counseling- Resources to address proper nutrition and optimize athletic performance- Access to experts in women’s health and representation on league policy committees