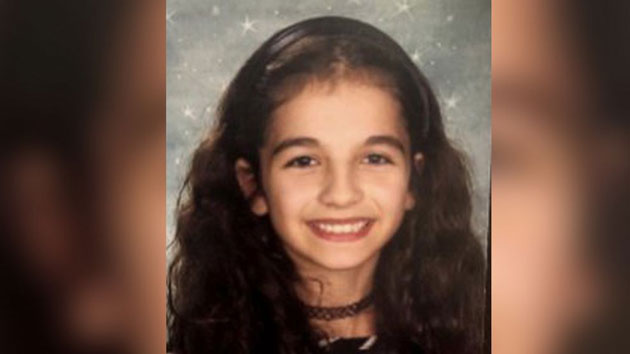 Massachusetts State Police(SPRINGFIELD, Mass.) — Police in Massachusetts have issued an Amber Alert for an 11-year-old girl who was apparently abducted after getting off the school bus on Wednesday afternoon.Charlotte Moccia, of Springfield, was forced into a car at about 1:26 p.m. “not long after she got off her school bus,” according to Massachusetts State Police. Authorities said a man was walking behind her and forced her into a dark blue or black Honda sedan, possibly a Civic. The car was being driven by a woman, according to police.Charlotte is described as being 4-foot-2 and about 60 pounds and she was wearing her school uniform at the time.She is a student at Hampden Charter School of Science, which issued a statement about her apparent kidnapping.”I have some unsettling news to share with you and a request for help,” Tarkan Topcuoglu, the school’s superintendent, said in a release. “One of our students, 11-year-old Charlotte Moccia, may have been abducted this afternoon on her way home from school.””Obviously, we are concerned for Charlotte’s safety and will keep you up-to-date with any further developments,” the school added.Police said anyone who sees Charlotte should immediately call 911.Copyright © 2020, ABC Audio. All rights reserved.