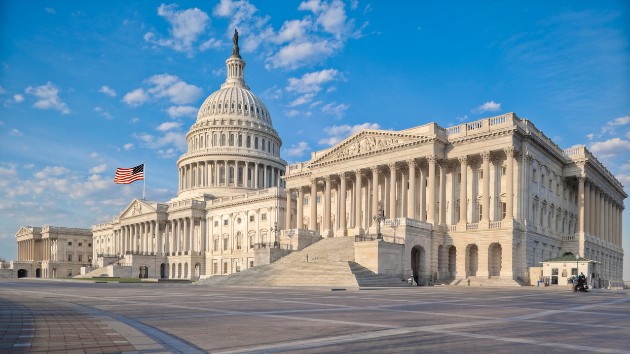 drnadig/iStock(WASHINGTON) — House Speaker Nancy Pelosi on Wednesday formally set in motion the process of sending the articles of impeachment against President Donald Trump to the Senate, triggering a historic trial expected to begin on Thursday.At an “engrossment” signing ceremony for the House resolution naming the seven impeachment managers — the lawmakers who will present the House case as prosecutors at the trial — Pelosi said the House was doing its “constitutional duty.””Today, we will make history,” she said, “when we walk down — when the managers walk the hall, they will cross a threshold in history, delivering articles of impeachment against the president of the United States for abuse of power and obstruction of the House.””This president will be held accountable,” she said.

BREAKING: Speaker Nancy Pelosi, ahead of signing resolution sending articles of impeachment to the Senate: "Today we will make history.""As we make that history, we will be making progress for the American people." https://t.co/VPZMG1NIkw pic.twitter.com/SqGFYWwi23

After signing the resolution, she handed out the pens she used to the managers.Then, marking the somber nature of the occasion, the managers silently walked the articles, in two blue folders, across the Capitol from the House to the Senate, where the House Clerk announced the arrival. The documents will be formally accepted on Thursday.

"Mr. President, I have been directed by the House of Representatives to inform the Senate the House has passed H.Res.798, a resolution appointing and authorizing managers for the impeachment trial of Donald John Trump, president of the United States." https://t.co/VPZMG1NIkw pic.twitter.com/fgKTZ0xd8M

Senate Majority Leader Mitch McConnell announced that the Senate would convene at noon after which the managers will read the articles aloud, Chief Justice John Roberts will be sworn in and he, in turn, will swear in senators to serve as jurors in the case.

Sen. Mitch McConnell: "This is a difficult time for our country—but this is precisely the kind of time for which the framers created the Senate. I'm confident this body can rise above short-termism and factional fever, and serve the long-term best interests of our nation." pic.twitter.com/OiEKqg5oNH