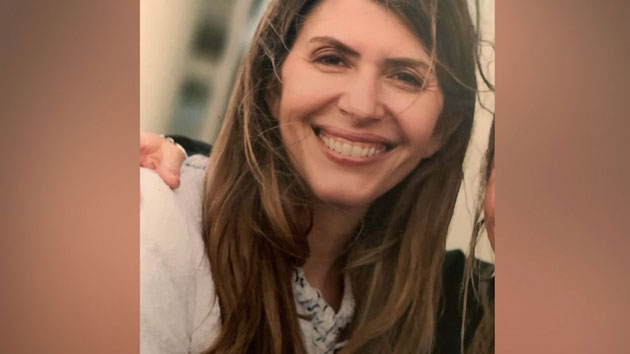 New Canaan Police Department(NEW CANAAN, Conn.) — Fotis Dulos, the Connecticut man who is charged with murdering his estranged wife, allegedly had a fraught history of aggression toward her, including chasing her around the house and attempting to run her over with his car.After a dispute with her estranged husband in August 2017, Jennifer Dulos contacted New Canaan police to say Fotis Dulos called her a bad mother and said she belongs in an asylum. What police were not told at the time was that, according to a babysitter, Fotis Dulos had tried to run over Jennifer Dulos with a car.The previously undisclosed information appeared in more than 400 pages of search warrant applications obtained Wednesday by ABC News.According to the search warrants, the babysitter, Lauren Almeida, “was present to witness Fotis Dulos chasing his wife through the house. She finally came running into the bedroom and slammed the door closed. She braced herself against the door as her husband kept pounding trying to open it. He seemed to calm down when he realized Almeida and one of his children were also in the room.”Almeida also told police, “Jennifer did not want to call the police as she was very afraid of her husband and he threatened to take the children permanently to Greece.”Dulos was charged with murder on Jan. 7. His former girlfriend, Michelle Troconis, and his friend and lawyer, Kent Mawhinney, have been charged as accomplices.Authorities allege Jennifer Dulos was killed at her home on May 24, 2019, between 8:05 a.m. and 10:25 a.m, after she returned from taking her children to school.The search warrants also outline the large amounts of blood police found in Jennifer Dulos’ garage.Blood was located on both garbage cans inside the garage; blood spatter was noted along the driver’s side door of the Range Rover parked in the center bay; partial bloody shoe impressions were noted on the concrete floor; and droplets of blood were on the front of the vehicle.Police called it evidence of “a significant assault as well as clean-up efforts.”Jennifer Dulos’ body has not been recovered. The couple’s five children are being cared for by Jennifer’s parents and Fotis Dulos is barred from seeing them.  Copyright © 2020, ABC Audio. All rights reserved.