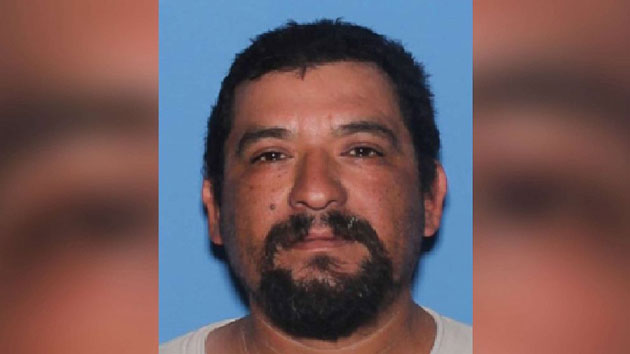 Glendale Police Department(GLENDALE, Ariz.) — Father killed while saving daughter in hit-and-runA man was killed when he was struck by a hit-and-run driver in Glendale, Arizona, on Saturday night, after pushing his teenage daughter out of the way of the vehicle.Glendale Police DepartmentPolice in Arizona are searching for a vehicle involved in a hit-and-run that killed one man, whose family said he died protecting his daughter.Carlos Chavez Aguirre was identified by police as the man who died on Jan. 11 in Glendale, according to a press release from the city’s police department.Aguirre and a juvenile girl, who the family identified as his daughter, were crossing the road near 49th Avenue and Glendale Avenue around 7:15 p.m. when they were struck by a pickup truck, police said.Both were transported to a local hospital, where Aguirre, 39, died. The girl’s injuries were not life threatening, police said.Family members said that is thanks to Aguirre.”He just pushed her without even saying anything, because she didn’t know what happened,” Claudia Chavez Aguirre, his sister, told ABC Phoenix affiliate KNXV.Police are now looking for the vehicle that left the scene. It is described as a 2003 to 2006 Chevrolet Silverado single cab pickup with a custom dark brown paint color, tinted windows and over-sized wheels.The vehicle continued on and eventually turned from northbound 51st Avenue to eastbound Orangewood Avenue, according to police.Anyone with information is asked to contact Silent Witness at 480-WITNESS or the Glendale Police Department at 623-930-3000.