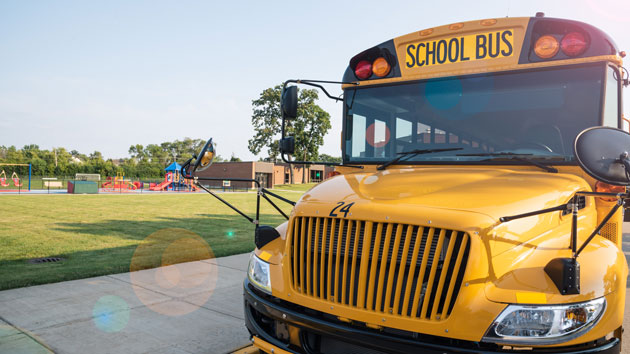 DavidPrahl/iStock(DALLAS) — A Dallas mother is speaking out after surveillance footage surfaced that shows her 5-year-old daughter being bullied on a school bus.Audrey, who declined to give her last name for privacy reasons, said she reached out to the Dallas Independent School District after her child complained that students were hurting her on a ride home.”I want people to know it happened, and I want them to be held accountable,” she told ABC affiliate WFAA in an interview.After receiving a copy of the surveillance video, she shared it with WFAA. The footage shows the 5-year-old girl, sitting a few rows behind the bus driver, being grabbed and hit by other children on multiple occasions.”Bus driver, bus driver,” the girl can be heard saying, trying to alert the driver, who didn’t respond.”How do you not respond to a child asking for your help? It’s just beyond me,” Audrey told WFAA.The video also shows Audrey’s daughter fighting back in self defense and that she was pinned against a window and apparently placed in a choke hold.”I felt victimized for her and for myself,” Audrey said. “I felt helpless that I couldn’t do anything to change it.”She’s asked the district to fire the driver, against whom Audrey is pursuing charges.Her daughter no longer takes the bus.In a statement to ABC News, a spokesperson for the school district wrote:”Dallas ISD is aware of the incident and immediately took action to permanently move the bus driver to another route, following the concern. Additionally, students have been disciplined per the Student Code of Conduct. As always, student safety is our top priority, and we remain committed to ensuring the health, safety and well-being of all students.”Copyright © 2020, ABC Audio. All rights reserved.