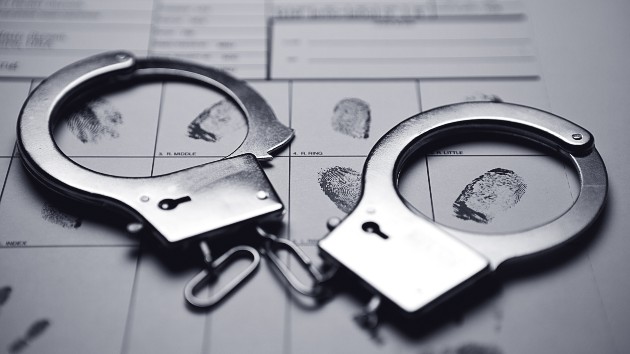 BlakeDavidTaylor/iStock(NEW YORK) — Three men who allegedly are part of a neo-Nazi group and had discussed attending a pro-gun rally in Virginia next week were arrested and charged with a series of federal gun and immigration crimes Thursday, according to a U.S. law enforcement official. Those arrested include two Americans — Brian Mark Lemley and William Garfield Bilbrough IV — and Patrik Mathews, a former reservist in the Canadian Army who prosecutors say entered the U.S. illegally after being kicked out of the service over his suspected ties to white supremacist groups.Mathews, Lemley and Bilbrough are all suspected members of the white supremacist group The Base, according to a federal criminal complaint filed in Maryland District Court. “Within The Base’s encrypted chat rooms, members have discussed, among other things, recruitment, creating a white ethno-state, committing acts of violence against minority communities, the organization’s military-style training camps, and ways to make improvised explosive devices,” the complaint said.Prosecutors allege that Mathews illegally entered the U.S. in August of last year and was harbored by Lemley and Bilbrough in Maryland until the three moved to Delaware in November. Through an extensive investigation tracking the three men’s activities, agents charged the men with an array of gun and immigration crimes. They are expected to make their first appearance in Maryland court Thursday afternoon.While the complaint does not specifically allege the two had plans to carry out an attack at a pro-gun rights protest planned next week in Richmond, a law enforcement official confirmed to ABC News that the FBI arrested the three under suspicion they might travel to the rally “in anticipation of a possible race war,” as first reported by The New York Times. As documented in the criminal complaint, as recently as Jan. 11, the three were known to be in possession of at least one assault rifle, plate carriers to support body armor and at least 1,500 rounds of ammunition.The arrests come just one day after Virginia Gov. Ralph Northan declared a state of emergency banning groups from possessing weapons at the State Capitol, where thousands of pro-gun rights protesters are expected to converge next Monday. The FBI has frequently had to rely on gun charges and other lower-level crimes in its investigations to disrupt potential terror acts by members of domestic hate groups as there is currently no federal chargeable statute for “domestic terrorism” like there is for international terrorism. Copyright © 2020, ABC Audio. All rights reserved.