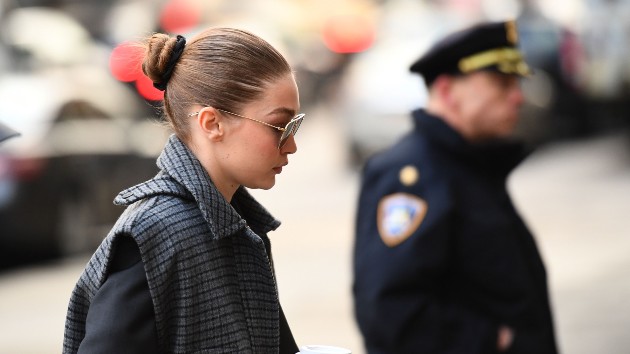 Photo by JOHANNES EISELE/AFP via Getty Images(NEW YORK) — Supermodel Gigi Hadid won’t be one of the jurors who will decide Harvey Weinstein’s fate in a New York City courtroom.

While Hadid admitted she had met the disgraced producer and potential witnesses against him, actresses Cara Delevigne and Salma Hayek, she insisted to the judge in the case on Monday that she could remain impartial.

Both prosecutors and defense attorneys agreed that Hadid’s participation among the jury pool could prove a distraction.

Weinstein, the former co-head of the now-defunct Miramax Films, has been accused by dozens of women of sexual misconduct. The disgraced movie mogul, 67, is facing five felony sexual assault charges in New York stemming from alleged attacks against two women, one in 2006 and one in 2013.

If convicted on the top charges, Weinstein could go to prison for life.  Earlier this month, he was charged with rape in Los Angeles as well.

Weinstein has pleaded not guilty to all charges and has denied ever engaging in non-consensual sex with anyone.