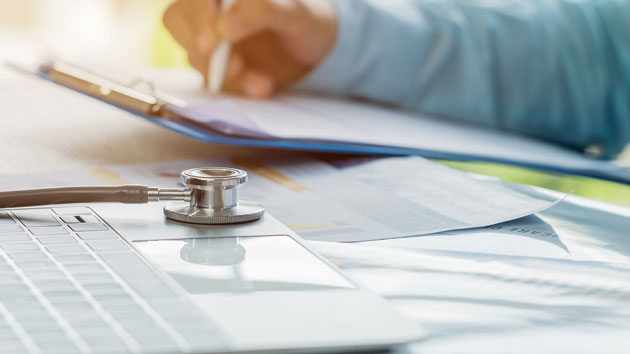 smolaw11/iStock(TOKYO) — Japan on Thursday reported its first case of a new coronavirus, which has infected 41 people in China, sparking concern about the virus’s potential to spread during Chinese New Year next week, when millions are expected to be traveling.”Considering global travel patterns, additional cases in other countries are likely,” the World Health Organization said.The patient in Japan, a man in his 30s, had traveled to Wuhan, China, but had not visited the city’s large seafood market that’s been linked to many coronavirus cases.The patient was treated and discharged from the hospital, Yoshihide Suga, Japan’s chief cabinet secretary, said at a news conference Thursday.It’s the second case of the new virus that’s been reported outside of China this week. The virus, which has not previously been identified in humans, is part of the same family of viruses as SARS, MERS and the common cold. On Monday, Thailand reported a case of the new coronavirus in a Chinese tourist from Wuhan in her 60s who was hospitalized Jan. 8.The market in Wuhan was shut down and disinfected Jan. 1, but new cases of the virus have appeared since then suggest that the risk of disease transmission is not over.The cases outside of China make it even more important to identify the source of the virus and how widespread it might be, explained Anthony Fehr, an assistant professor of molecular biosciences at the University of Kansas, where he researches coronaviruses.SARS, a severe type of coronavirus, “mutated while spreading through the wet animal markets, which allowed it to better transmit between people,” Fehr said.A six-month long SARS outbreak in southern China in 2003 sickened more than 8,000 people and killed 774, according to the Centers for Disease Control and Prevention.”While a mutation event like this would be rare, it is important to stop the spread before that could happen,” Fehr warned.While WHO maintains that there’s no “clear evidence of sustained human-to-human transmission” of the new virus, the organization also struck a cautious note, based on the news that neither the patient in Japan, nor Thailand, had visited the seafood market associated with the outbreak.”The fact that some cases do not seem to be linked with the Huanan seafood market means we cannot exclude the possibility of limited human-to-human transmission,” WHO said.Another concern is that the new virus might not be isolated to one market in Wuhan, explained Dr. Stanley Perlman, a professor of microbiology and immunology at the University of Iowa, who has done research on both SARS and MERS.”The concern is as much about the outbreak in Wuhan as is is about the virus being in bats in other wet markets in China,” Perlman said, noting that there are lots of different coronaviruses circulating among bats in south and east China.”If it’s like SARS and has the capability to change, you could imagine there being a greater outbreak,” he added. “So far, there’s no evidence of that.”For now, Perlman said, we should keep an eye on health care workers, a population that was at high risk for contracting SARS and MERS during those respective outbreaks. So far, there have been no reports of health care workers in Wuhan contracting the new virus.Perlman’s perspective on concerns about Chinese New Year travel was measured. Outside of advising tourists to the region to avoid wet markets, Perlman said he didn’t think travel over the holiday would have much effect on the disease spreading.”People get very worried about these things,” he said. “But I probably wouldn’t be worried at this point, especially with no evidence of human-to-human transmission.”Copyright © 2020, ABC Audio. All rights reserved.

More than 90% of COVID deaths occurring among elderly adults: CDC