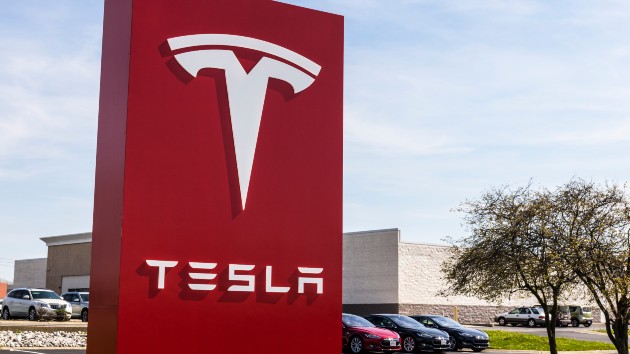 (NEW YORK) — Tesla announced it is opening a new design center in China and is already recruiting talent to help make “Chinese-style” cars. The American electric automaker announced the new design and research facility in a post on WeChat, one of China’s most popular internet platforms. While the memo did not indicate where the facility would be in China or when it would open, it did say the application deadline was Feb. 1.

The company’s latest expansion efforts in China comes on the heels of it delivering its first “made in China” cars produced at its Gigafactory in Shanghai on Dec. 30, 2019. The first 15 customers who received the Chinese-made Model 3 vehicles were Tesla employees during an all-out celebration to mark the event, which featured a surprise proposal with the help of one of the cars.

Prior to the news of the new research and design facility, Tesla had indicated its plans for growth in China in spite of trade tensions. In a memo to investors in October, the company said the Gigafactory in China was approximately 65% cheaper to build than its Model 3 production systems in the U.S., and that the facility was capable of producing full vehicles from body to paint to general assembly. It also indicated its intention of ramping up production and tapping into the lucrative Chinese market with its Model 3 sedans. “China is by far the largest market for mid-sized premium sedans,” the company said. “With Model 3 priced on par with gasoline powered mid-sized sedans (even before gas savings and other benefits), we believe China could become the biggest market for Model 3.”