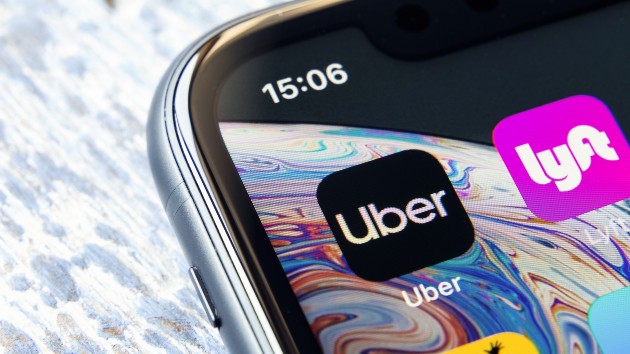 Anatoliy Sizov/iStock(PHOENIX) — A $4 fee for hailing an Uber or Lyft to or from the airport in Phoenix has garnered a firestorm of reaction from residents and ride-share companies, and now Arizona’s attorney general says he believes it’s likely unconstitutional. The fee tacked onto any ride to or from the Sky Harbor airport has led Uber and Lyft to threaten to discontinue operating at the international hub, and faced backlash from local politicians.Moreover, Arizona Attorney General Mark Brnovich said Thursday he believes the city of Phoenix violated the state’s constitution with it, citing an article that prohibits a city from increasing or imposing a new tax on a person or business for providing a service in Arizona. “The Phoenix City Council is placing its policy preferences above the rights of the people to whom the government must always answer,” Brnovich said in a statement. “We will now take this matter to the Arizona Supreme Court and seek an expedited ruling,” he added. “This is the most definitive way to provide clarity on the law, protect Arizona taxpayers, and hold the city of Phoenix accountable.”Phoenix councilman Sal DiCiccio has argued the new fee hurts working and middle-class families that rely on the services. He called Brnovich’s announcement Thursday “fantastic news for everyone who drives for or uses rideshare at the airport” in a statement. “I believe it is clear that this horrible tax is not only a direct attack on working- and middle-class families in Arizona, but it is also an outrageous violation of our constitution, and I am confident that the Supreme Court will throw out the horrible burden that Phoenix politicians recklessly imposed,” he added.Phoenix Mayor Kate Gallego, however, supports the fee, saying that companies must pay their fair share for using city infrastructure. “The Phoenix approach of ensuring that companies profiting from the airport pay their fair share is smart – and legal,” Gallego said in a statement to ABC News. “This fee is no different from the fee every other vendor has paid at our airport since its creation.” In a series of tweets, Annie Degraw, the communications director for the mayor’s office, defended the fee, blasting the “mind-boggling amount of misinformation being tossed around regarding Lyft and Uber’s decision to possibly cease operations” at the airport. Degraw said the rideshare companies account for 80% of commercial ground traffic at the airport and “pay nowhere near their fair share to actually use airport infrastructure.” She argued that Uber and Lyft’s threats to pull out of the airport are because they “are trying to set an example in Phoenix to scare other airports.”Uber declined ABC News’ request for comment Friday. In the past, the company has said they are prepared to end operations at Sky Harbor airport if the fee increase goes into effect. Lyft did not immediately respond to ABC News’ request for comment Friday. Lyft has also previously said it would stop curbside pickup at the airport if the fees go into effect on Feb. 1. Copyright © 2020, ABC Audio. All rights reserved.